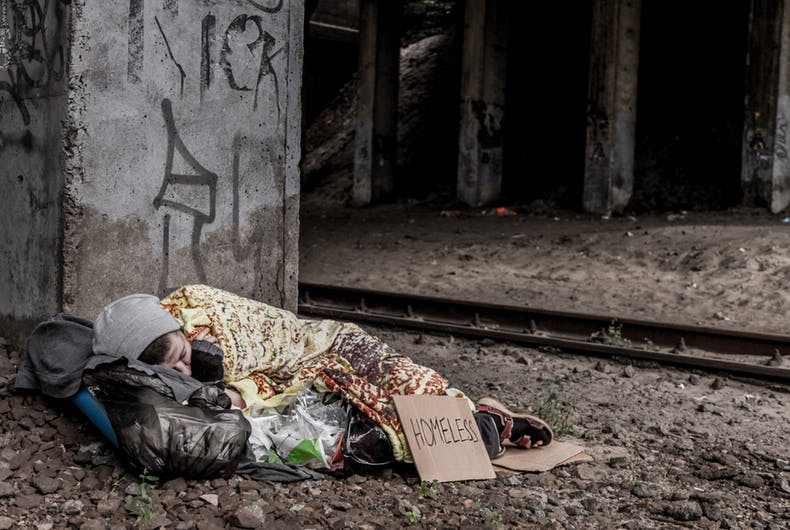 The Downtown Hope Center in Anchorage, Alaska, turned away a transgender woman last year, citing their religious beliefs. The center argues that it’s Christian, so it can turn away people who don’t live up to their religious principles.

The trans woman filed a complaint with the Anchorage Equal Right’s Commission. While the state does not ban discrimination against LGBTQ people, the city of Anchorage has a civil rights ordinance that bans sexual orientation and gender identity discrimination in public accommodations.

The commission opened an investigation, but the Downtown Hope Center didn’t wait for a decision before it filed a complaint in federal court. The center said that their religious freedom was violated because they should be allowed to turn away transgender people.

“Because of its religious beliefs and its limited space, Hope Center accepts only persons who were determined to be female at birth into its overnight shelter,” the center said in its complaint.

The city of Anchorage said that they do not agree with the center’s interpretation of the Constitution, but they wanted to avoid litigation so they settled for $100,000.

The settlement also allows the Downtown Hope Center to continue its policy of only allowing people “determined to be female at birth” in its women’s shelter.

Municipal Attorney Rebecca Windt Pearson told Anchorage Public Media that there was also concern that the homeless shelter might not qualify as a “public accommodation” under Anchorage’s civil rights ordinance.

“It’s a great victory. Everyone should be free to live and serve others according to their faith, without the fear of unjust government punishment,” said Ryan Tucker of the hate group Alliance Defending Freedom.

Christians who are concerned about the homeless, though, were less happy that a homeless shelter won the right to refuse to provide shelter to transgender homeless people in Alaska.

“Personally, I believe if one is to consider themselves a Christian – a person of faith – they have to extend their charitable actions to everybody, regardless of gender,” Reverend Matthew Schultz with First Presbyterian Church told KTUU.

Earlier this year, the Department of Housing and Urban Development rolled back Obama era protections for LGBTQ homeless people that required that shelters that receive federal money house transgender people with their gender, not with their sex assigned at birth or completely turned away.

But Donald Trump’s Secretary of Housing and Urban Development – Ben Carson – has repeatedly denigrated transgender women as “big hairy men” and said that they are dangerous to cisgender women, without citing any evidence.

YouTubers say they have proof that the platform blocks LGBTQ content