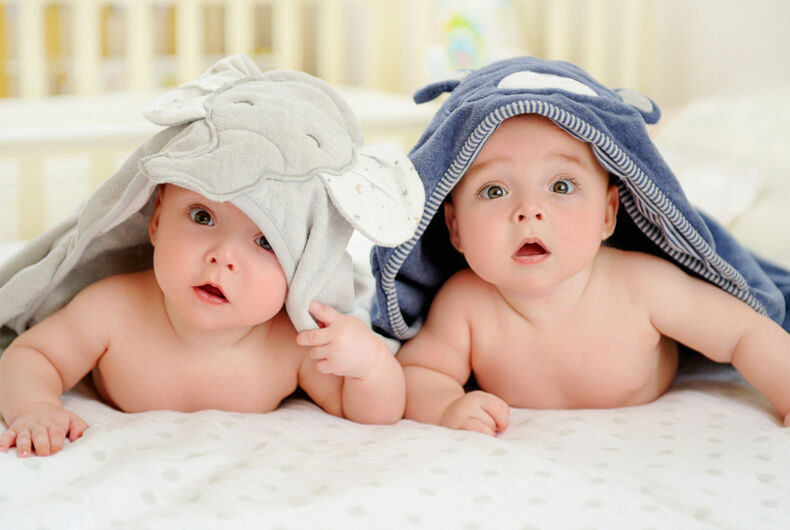 As a result, she basically gave birth to her own grandchildren.

Related: Surrogate mom accused of telling couples their babies died, and then selling them

Her son fertilized a donor’s eggs with his sperm, and the fertilized eggs were then implanted into his mother’s womb.

The mother and her son, who works as a financial analyst, decided on this arrangement after the mom miscarried her own child four years ago.

The son told the Brazilian press, “Almost four years ago, my mother became pregnant with my father, but my little sister was born at seven months and died a week later.”

Aware that it’d become more difficult to deliver children later as she continued aging, the mother began searching for a fertilization clinic who could help her successfully see a child through to delivery.

Concurrently, her son learned about the process of in vitro fertilization (IVF) and, desiring to become a single father, he agreed that his mother would make a great surrogate for his children.

There was a small moment of concern immediately following the birth as Noah experienced a breathing difficulty and was immediately taken into the Pediatric Intensive Care Unit to address the issue.

“I’m a little apprehensive because they are in need of some special care as they were born ahead of time,” the son told the media. “But [the newborns] are doing great, thanks to God.”

The children were born nine days early on Tuesday, Sept. 3 and now live at the family home in Sao Paulo where one room has been converted into a nursery. The son has called their birth “a dream come true.”

Hasbro’s new Monopoly puts gender inequality on the board

A gay teen who was brutally bullied for years fought back. He got 14 years in prison for it.