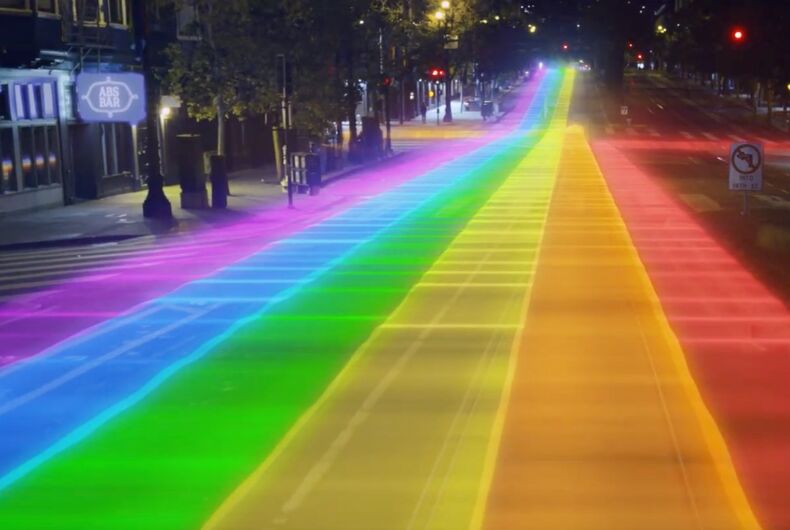 Ride With Pride envisions a new metro map that would come together to create a rainbow flag.Photo: Scree

San Francisco is being urged to change the colors on their public transportation map to rainbow colors to honor the city’s place in LGBTQ history.

Equality California is currently petitioning the San Francisco Metro Transit Authority (SMTA) to update the map to turn it into a giant rainbow flag where the lines come together.

Related: A gay man got a death threat when he flew a rainbow flag. His neighbors’ reaction is amazing.

“At Equality California, we’re working to make the voices of LGBTQ people heard by institutions citywide, statewide and nationwide,” Joshua Stickney, a Bay Area spokesperson for Equality California tells LGBTQ Nation. “By bringing Ride with Pride SF to the attention of San Francisco’s local government, we’re paving the way for the city to celebrate its powerful Pride legacy not just for a month, rather every day.”

Over 10,000 people have signed the petition so far.

The SFMTA did not respond to a request for comment asking whether they were considering the proposal.

A gay chorus’s office was vandalized with a hateful message