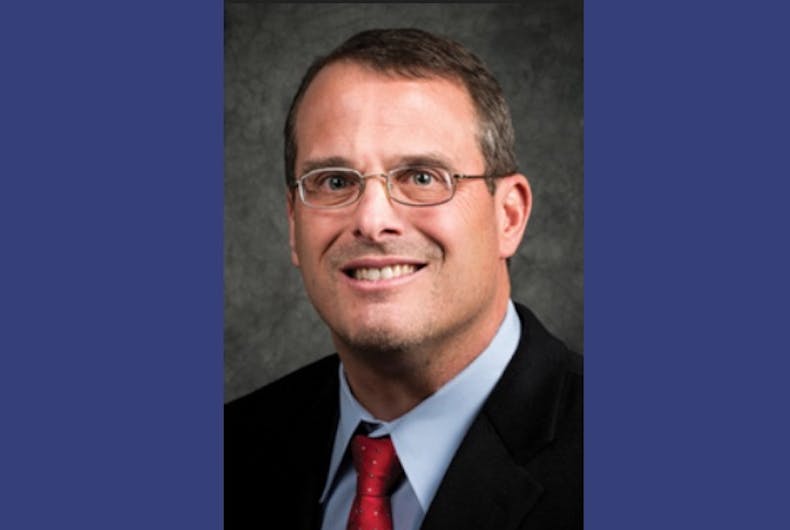 A Republican lawmaker who got media attention for his work to end conversion therapy in his state has been charged with soliciting prostitution. He also made himself a target of the state’s religious right political machine that dominates the party.

Prosecutors believe that West Virginia Senator Mike Maroney (R), 51, used his cell phone to arrange a session with Cortnie Ann Clark, 30, this past May.

In a May 16 text conversation, the sex worker asked for $120 for a half hour. She also wanted a photo of Maroney before meeting.

He initially said he didn’t want to send a photo, but Clark insisted. He sent her one.

“Now can I stop by?” he asked. Police have not said if they believe that they actually met.

On June 5, Maroney texted Clark for a massage. On June 13, he arranged another session.

“No problem with 120,” Maroney responded, according to court documents. “I can be there in 10 min.”

“Come fuck me,” she texted him.

A day after those text messages, police arrested Clark on charges related to prostitution. They also took her phone and found around 4000 text messages with various clients arranging sex work.

Police have matched Maroney to the picture from the text conversation.

Maroney, a radiologist, made headlines last year and earlier this year for his work to ban conversion therapy in West Virginia.

Maroney’s Youth Mental Health Protection Act would ban conversion therapy for minors, but it was stalled earlier this year because, Maroney said, “Some definitions need tightened up.”

“I am usually with these (religious) groups,” Maroney, the chair of the Senate Health Committee, said in a radio interview. “Those are my personal makeup and morals generally align with theirs.”

He drew ire from the Christian right, which called the bill the “The You Must Stay Gay Bill.”

Maroney has been charged with conspiracy, house of ill fame and assignation, and soliciting prostitution. He is out on $4500 bail.

He is one of seven men who has been charged in what investigators are calling a prostitution ring. Several of the other men have already reached plea deals and a judge dropped the charges on another.

How ‘barebacking’ went from a gay taboo to just having sex