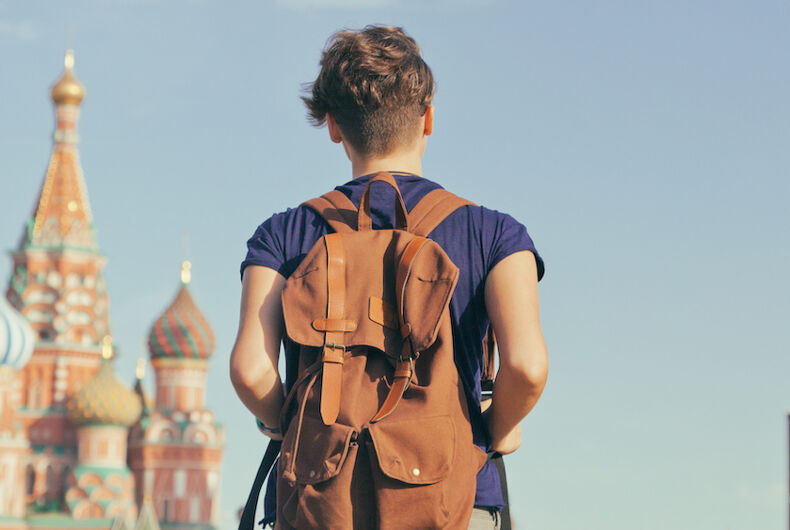 Ural State University of Economics in Yekaterinburg, Sverdlovsk Oblast — a city in the central and Southern part of Russia — monitors its students’ social media for evidence of homosexuality. The school even went so far as to threaten to expel a male student because he had joined an online LGBTQ group and owned a pink mobile phone case.

The Russian newspaper eanews.ru reports the school uses a “special service” to monitor students’ social media. Merely connecting or communicating with a member of the LGBTQ community is enough to get a student into trouble.

Related: Russia is trying to take this gay couple’s kids away. So they’re fleeing the country.

Students told the newspaper that University Vice-rector Krasnov Roman Valerievich called a male student to pick up documents from the university which stated, “We tracked your social networks, here are the printouts: You are gay.”

The accused student himself confirmed the incident, stating:

“The director of my institute called me and said that an unpleasant situation had occurred … They found that I was subscribed to a group of the LGBT community. Then the vice-rector … called me… He said that I ‘defamed the name of the institute,’ that I have a pink phone and that having a girlfriend, in his opinion, is not an excuse and does not prove that I am not gay.”

Valerievich told the newspaper, “We are a state university, and, accordingly, we look at the moral character of our students. We have the right to see how our student lives. After all, these are public pages.”

The ‘Downton Abbey’ movie erases Thomas’s gay history. And ours.