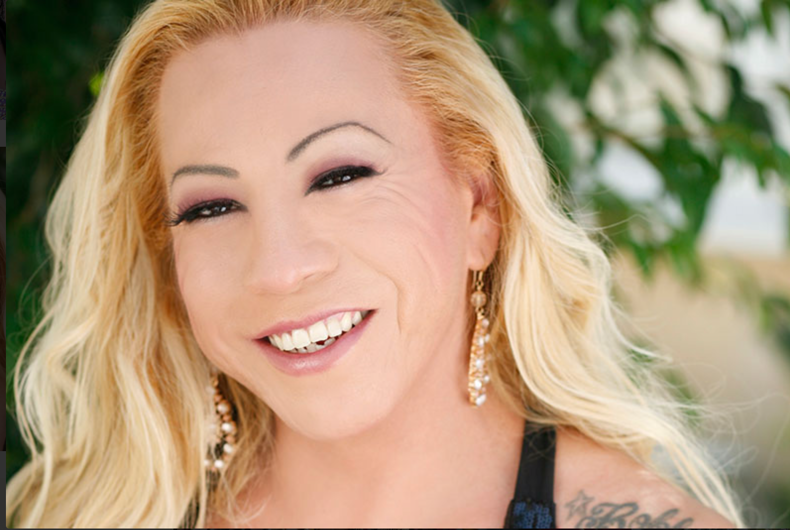 Bamby Salcedo is a proud Latinx mujer. She is a leader. And she is clear-eyed in her resolve to acknowledge the opportunities she has had and the responsibility she has to make sure others, especially in the trans community, benefit as well.

As the president of the [email protected] Coalition, Bamby has worked over the last decade to grow the group’s influence. Based in L.A. with chapters in 10 cities across the country, it is the first trans-led organization in the Los Angeles and provides direct support and lifesaving service for trans people.

“For me it’s very important to recognize my privilege because I’ve been able to overcome and turn many different challenges into opportunities,” said Salcedo. “Not many members of my community get the opportunity to have leadership positions, or to have great jobs like I have.”

Indeed, Salcedo’s early experiences on the streets of L.A. inform much of the work she does to this day. At 19, when she began her transition, Salcedo found community with her other “sisters” who were also on the streets trying to get by.

Like so many of her trans sisters, Bamby has dealt with myriad obstacles and challenges, including homelessness, sex work, HIV, incarceration, and both physical and sexual violence. While her experience on the streets were rough, they were by no means unique.

But Salcedo says she was lucky enough to reform her life. She obtained a higher education (eventually earning a master’s degree), started landing stable and well-paying jobs, and she eventually found herself in leadership positions within her community. It wasn’t long before Salcedo began to look for ways to turn her opportunities into opportunities for others.

“I saw that the experiences I survived were the same ones that my sisters were going through,” said Salcedo. “Since I was able to overcome those challenges, I felt it was my responsibility to do something about it to help my fellow sisters.”

This was when she began to organize what would eventually become the [email protected] Coalition. One of the reasons the coalition was formed was because in 2009 she saw that there were other trans-led orgs that were national in scope, but which weren’t addressing the issues important to trans Latina immigrants.

“That’s how we came together, to start figuring out how we were going to bring light to our needs and issues,” said Salcedo. “I feel there’s a responsibility to do whatever I can to help those who can’t help.”

She adds: “Too many people don’t understand poverty is tied to sex work, that low levels of education is tied us being homeless, that family rejection is tied, for us, to living on the streets, that substance abuse is part of the coping mechanism we use to deal with everything happening in our lives.”

Bamby left home at 17 and went North to California to look for more opportunities.

“I had my family, but I had to drift from my family to become who I am,” said Salcedo. “I knew who I was, but I couldn’t be myself. For me to really be who I am, I had to move to LA. To get away from my father, certainly, and everyone else.”

When she started her transition at 19, in Los Angeles, there were virtually no resources or services available for her and her sisters.

Anything we would need, we would find it in our own community, on the streets. That’s how I started being myself,” she said. “I always say I’m a ‘community investment’ because it has been my community that has uplifted me and supported me to be who I am today.“