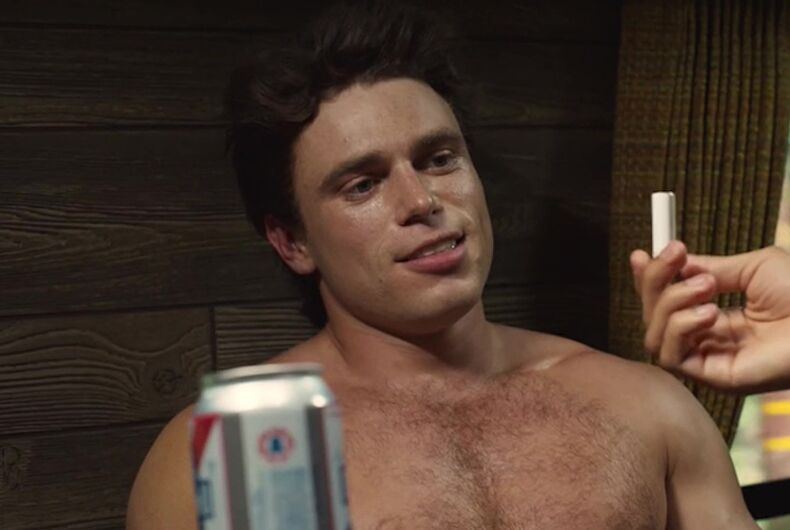 Gay Olympic freestyle skier Gus Kenworthy has defended himself from criticisms over his playing Chet Clancy, a  heterosexual “jazzercising heartthrob,” in the latest installment of Ryan Murphy’s horror anthology series American Horror Story: 1984. 1984 is a pastiche of ’80s teen-slasher movies.

In an ESPN essay, Kenworthy wrote that gay commenters especially criticized him for having no previous substantial on-screen acting experience besides a cameo on the Dan Savage-inspired TV series “The Real O’Neals” and a few scenes in the 2019 sports romance “Olympic Dreams.” They also criticized him for playing a straight girl’s boyfriend.

“Some people wanted to know how I was cast as a straight man or if I could play straight,” Kenworthy wrote. “Is that even a question? I spent the first 23 years of my life playing a straight man.”

He continues, “I knew as a teenager that I was gay, yet I was still sleeping with girls, pretending to be straight, playing this persona I thought I needed to be for my sport. The stakes were so high. I remember going to crazy lengths to make people believe I was someone I was not. That’s acting.”

Although Kenworthy had acted in repertory theater within his hometown of Telluride, Colorado during his youth, his “American Horror Story” role marks the first time he’s ever played an on-screen character other than himself.

He also says he’d love to play a gay serial murderer Jeffrey Dahmer or the first gay superhero on the big screen, but it looks like several others will beat him to that punch.