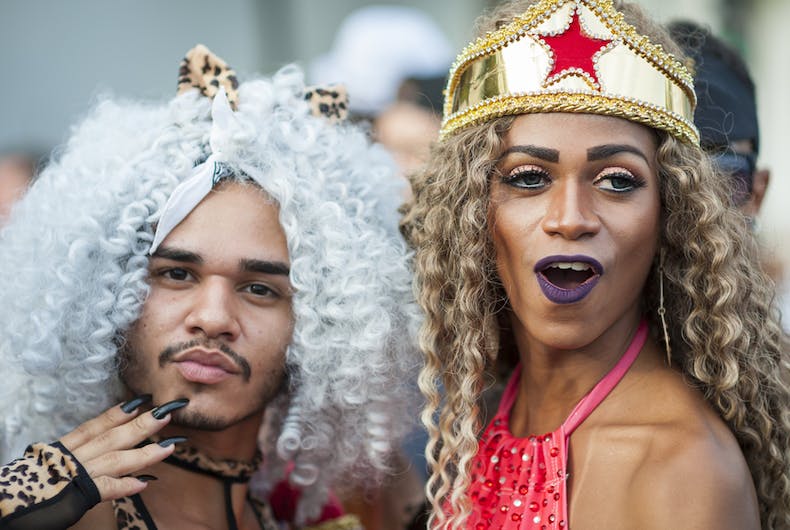 Related: This absolutely romantic video of a gay couple’s proposal has gone viral & it’s obvious why

The comedy will focus on “two best friends who set out to have a legendary week-long summer vacation [in Fire Island] with the help of cheap rosé and a cadre of eclectic friends.” It will likely premier sometime after next April when Quibi formally launches.

Although Austen’s 1813 novel isn’t explicitly queer in any way, gay fans of have still taken a shine onto its plucky, good-natured and opinionated heroine Elizabeth Bennet as she alternately scorns and charms the wealthy and much-sought-after bachelor Mr. Darcy. The novel takes a sophisticated and compassionate look at ridiculous social manners, husband-hunting and the back-and-forth of courtship.

The novel has since been adapted into numerous literary and film adaptations, most notably the 1995 British version starring Colin Firth. Last year, producers seeking to fund a queer film adaptation of Pride and Prejudice failed to make their $15,000 fundraising goal.

Booster tweeted about the project:

“For the last couple of years I’ve been threatening to pitch a gay Pride and Prejudice adaptation that takes place entirely on Fire Island and I finally found a platform foolish enough to do it!! … I’m making all my friends wear speedos on Long Island in April!!! … I’m just laying the ground work for my real passion project: Persuasion, set on an Atlantis Cruise.”

Quibi is a “mobile-centric, short-form streaming-video platform, founded by former Disney and DreamWorks chief Jeffrey Katzenberg,” writes Vulture.com. Most of its content will be in a form “somewhere between movies and TV” with most content consisting of 2.5 hour pieces broken into seven-minute chunks for quick viewing.