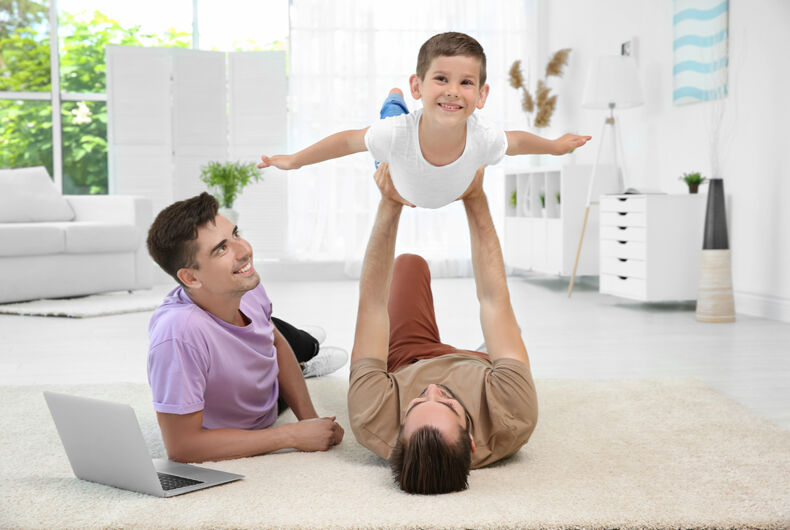 Researchers at the University of California, Los Angeles (UCLA) studied 34 Organization for Economic Cooperation and Development (OECD) countries, 33 of which have paid parental leave policies. The United States is the one holdout.

In their findings, published in the Journal of Social Policy, researchers found that just 12% of those countries offer the same number of weeks for parental leave as heterosexual couples.

Lesbian couples fared better, receiving the same time off in just under 60% of the countries.

Related: This daycare rejected a child because her parents are lesbians

“Many of the differences we found may be the indirect consequences of gender-restrictive language that assumes women are the primary caregivers and that every family has one mother and one father,” said Eizabeth Wong, the lead researcher for the study.

“These assumptions often undervalue the importance of fathers’ involvement. When they do, same-sex male couples and male partners of mothers are the most disadvantaged.”

Gay men, on average, received five fewer months of paid leave when compared to heterosexual couples, with lesbian couples typically receiving three less months. The study did not look at bisexual couples, nor did it consider transgender or nonbinary parents.

Of the countries included, only four — Australia, Iceland, New Zealand, and Sweden — offered the same leave for all.

“While we didn’t find any legislation that explicitly prohibits same-sex couples from receiving paid parental leave, the way policies are structured or worded can nevertheless stop them from claiming benefits,” said Wong.

“Policymakers can explicitly guarantee inclusion and equality for same-sex couples by removing gender-restrictive language and providing equal paid leave opportunities for fathers and partners as provided to mothers.”

Sarah & Todd Palin are divorcing. He says it’s ‘impossible’ for them to live together.