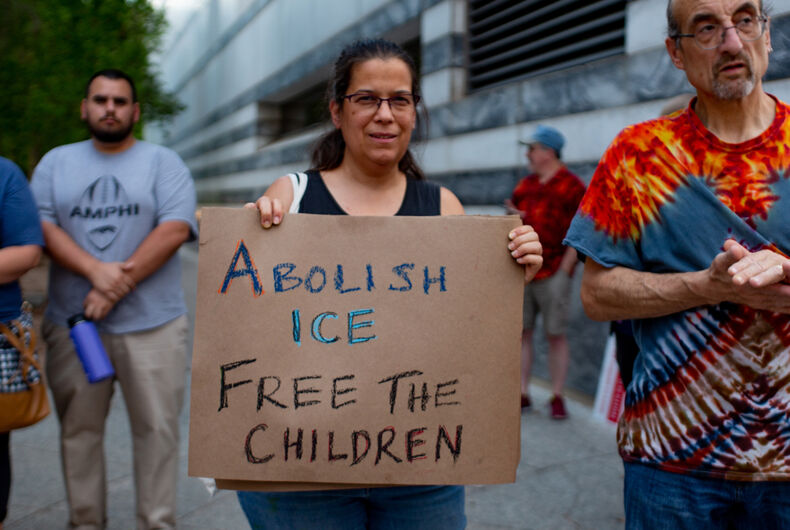 Today ICE, the US Immigration Control and Enforcement agency, declared that it had deported President Trump’s Mar-A-Lago Resort for “secretly speaking Spanish” in its name.

An ICE spokesman, who asked to remain anonymous unless given a slot on Dancing With the Stars, explained that the use of Spanish raised suspicions that something icky was happening on the property. “Once we investigated and saw all the foreigners working there, we knew we had to act immediately,” he added.

Deported hotel guests were put on a bus, separated from their children, forced to drink out of toilets, and dumped at the Mexican border.

“We followed all procedures mandated by Attorney General Barr’s best interpretation of the law after he dropped acid and crazy glued his tit clamps to a moving roller-coaster,” the spokesman noted.

He assured concerned Americans that deported Mar-A-Lago staff and guests would graciously be given a chance to apply to re-enter the USA after sleeping on the streets of Mexico for a year. One of the deported guests reported that conditions south of the border were rough but better than they’d encountered on Trump properties.

“At least there are no bedbugs on the sidewalk” she noted, “and fewer kitchen health code violations, given our lack of access to a kitchen.”

Florida GOP politicians reacted quickly to the action. “It is possible that some people might consider this wrong,” noted Florida Republican Senator Marco Rubio.  “On the other hand some might not. I feel very strongly about this.”

The ICE spokesman said this was only the beginning of project “No Hablo Espanol,” and liberal cites such as San Francisco and Los Angeles faced similar mass deportations.  When informed that the no-Spanish-name rule would require deportation of the swing and red states of Colorado, Florida, Montana, Nevada and Texas, the spokesman was prepared.

“Nobody knew that the states were wrongly drawn,” he said, showing a newly-discovered official map of the USA covered by black sharpie circles redrawing the mostly Anglo sections of each of these states into Alabama.

In addition, the map of New Mexico had also apparently been re-drawn, with the primarily Anglo portions of the state being corrected on the map as the state of “Not Mexico.” The mostly Hispanic sections, on the other hand, were merged via sharpie south of the border under the corrected name of “Now Mexico.”

Asked whether deporting millions of Americans to Mexico would reduce the electoral votes of these states, thereby endangeringing President Trump’s reelection chances, the spokesman remained confident in the campaign’s chief election strategy.

“We are counting on a unique if unlikely cooperation agreement between Rush Limbaugh and Sinead O’Connor.  Only Rush/Sinead can help us now.”

This piece is satire. Normally that would be obvious, but during the Trump presidency, anything is possible.