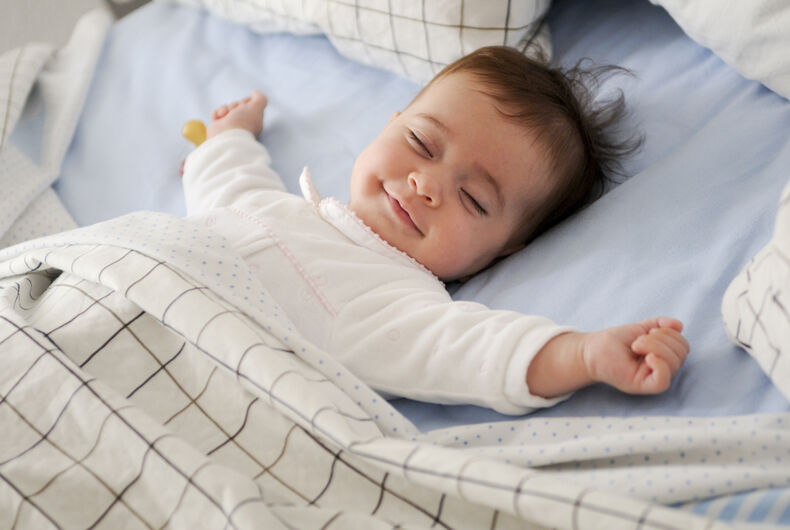 18 months ago, Freddy McConnell gave birth to his son. He also made his experience into a documentary, Seahorse: The Dad Who Gave Birth.

Now, McConnell is speaking out about the process of starting hormone therapy in 2013, and how he was told that regular testosterone injections would make him infertile.

“I remember signing a consent form to start testosterone and thinking ‘well this is it, I just won’t have biological kids’ and I’ll figure out what to do in the future,” McConnell told Sky News.

“I was in my early twenties and I was desperate to transition, it was absolutely the right thing for me to do,” McConnell added. “But I should never have been put in a position where I thought I was signing away my fertility.”

In 2016, McConnel came to the decision that he wanted to have a family, all the while assuming it wasn’t a possibility for him. It wasn’t until he saw a YouTube video of a transgender man giving birth in the United States that he realized this was possible.

McConnell notes that, in many parts of the world, transgender people are sterilized before they are able to access transition-related care and legal recognition.

“Japan, for instance, is a place that does that, and up until recently, places in Europe as well, like Sweden for instance would require you to be sterilized,” said McConnell. “This government in the UK has always prided itself on not requiring sterilization, because obviously it’s an infringement of one’s human rights.”

Nevertheless, McConnell is frustrated that he was given incorrect information at the start of his medical transition, and likens it to “de facto sterilization.”

“I think if we keep being given this misinformation, even now that we know that’s it not true and that there are further options… it’s criminal, it just shouldn’t be allowed to happen.”

A recent study into the experiences of transgender men elevated the risks associated with pregnancy, such as a heightened suicide risk and greater incidences of gender dysphoria — as well as the lack of knowledge on the part of caregivers and the medical establishment overall.

On a queer day: 9/11, LGBTQ people, & a nation’s unfulfilled promise of unity