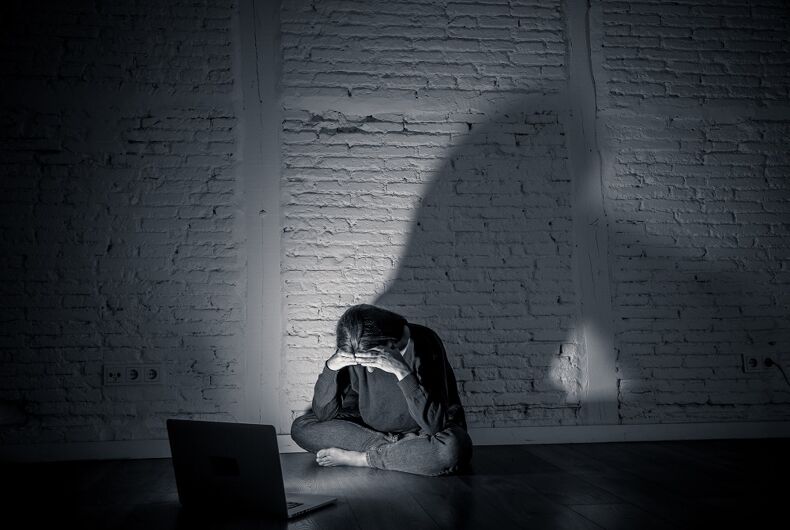 A cisgender woman has been charged with malicious communication for what prosecutors say was a months-long harassment campaign against a transgender woman. She was arrested at her home and in front of her young children.

Kate Scottow, 38, was arrested late last year in Hitchin, England. She is due in court for trial on September 18.

The Crown Prosecution Service accuses her of “persistent” harassment of transgender activist Stephanie Hayden due to her “status as a transgender woman,” resulting in “annoyance, inconvenience or needless anxiety” over the course of nine months.

In February, Scottow posted about being arrested on the British anti-trans forum Mumsnet.

“I was arrested in my home by three officers, with my autistic ten-year-old daughter and breastfed 20-month-old son present,” she wrote.

Related: This Twitter thread about helping LGBTQ asylum seekers has gone viral for all the right reasons

“I was then detained for seven hours in a cell with no sanitary products (which I said I needed) before being interviewed then later released under investigation… I was arrested for harassment and malicious communications because I called someone out and misgendered them on Twitter.”

According to Hayden, Scottow did a lot more than accidentally use the wrong pronoun once or twice. She said that she contacted police when an account on Twitter tweeted “confidential details of my personal and financial information” that wasn’t available from public databases.

While she said that the Twitter account did misgender her, the main reason she went to authorities was that her private information was being made public. Police investigated and decided to arrest Scottow, who was behind the account.

Hertfordshire Police confirmed the arrested and a spokesperson said, “We take all reports of malicious communication seriously.”