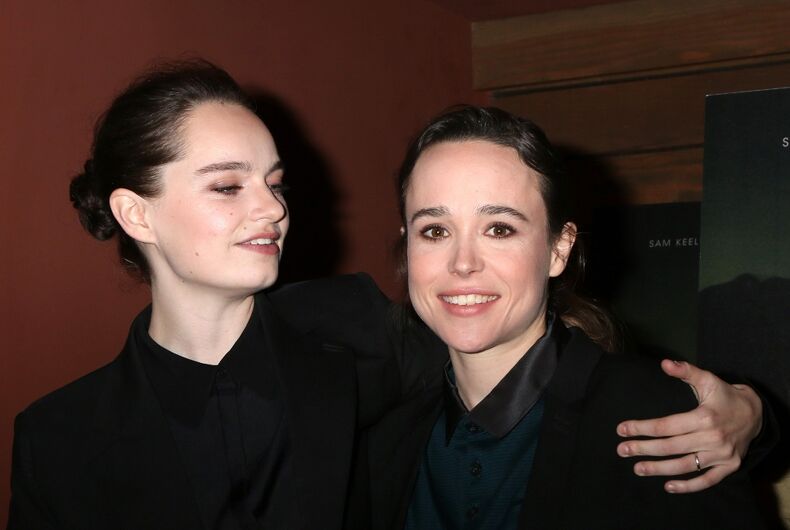 Actress Ellen Page said that she would be “thrilled” to only play queer roles for the rest of her career.

Page was appearing on a panel at the Toronto International Film Festival (TIFF) and she was asked about LGBTQ acceptance in the film industry.

While she said that some progress has been made, “there’s just so far to go.”

She said that she often gets asked if she’s “worried about being typecast” as a queer actress.

“You would never ask a heterosexual actress that, as being typecast as straight,” Page said. “Why would I not want to play those roles?”

“Quite frankly, I would be thrilled if it’s every role I ever played again.”

She also explained what she meant when she said there was still “so far to go.”

“That’s absurd. We need to look at these things as absurd.”

After her breakthrough role in 2007’s Juno, Page has acted in numerous major films. She also came out in 2014 and married dancer Emma Portner in 2018.

She recently played the role of Shawna Hawkins in Netflix’s Tales of the City, who is pansexual.

On a queer day: 9/11, LGBTQ people, & a nation’s unfulfilled promise of unity