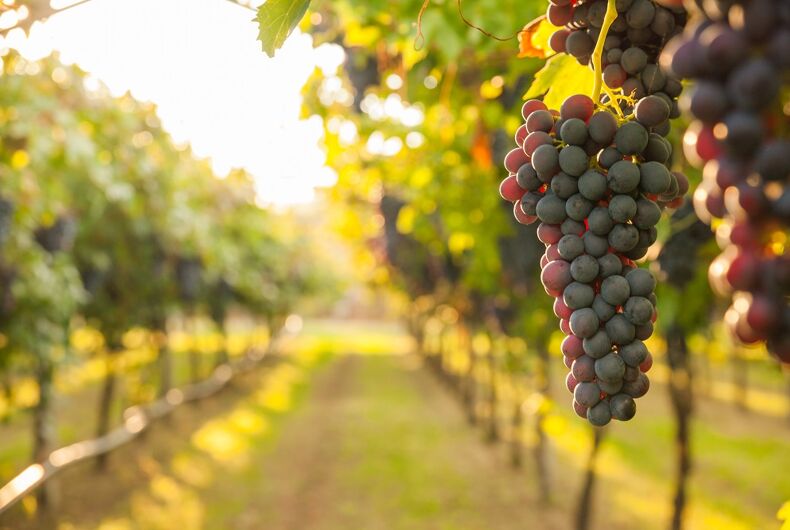 Just a day after a California winery was publicly called out for its “overt homophobia” in refusing to host a lesbian couple’s wedding, it turned around and said it would allow the wedding.

Dezanea Reyes and her fiancee Alex Biddle tried to book Viaggio Estate & Winery in San Joaquin County for their wedding, but the women were turned away because the owners said they have “a very strong personal religious belief regarding marriage.”

The winery’s events director Angelina Hodgson sent an email that said that owners Larry and Teri Lawrence “understand that California statutory law prohibits discrimination based on sexual orientation, and they don’t like to think they would ever discriminate on that basis even if a law allowed them to do so.”

Even if they “don’t like to think they would ever discriminate,” they went on to do just that.

“However, the owner also has a very strong personal religious belief regarding marriage, which is for marriage to be between heterosexual couples only. They believe that the United States Constitution and the California Constitution protect these religious beliefs and their right to express them.”

“It’s crazy, like, I couldn’t believe how they even said it,” Biddle told Fox 40.

Hodgson suggested a compromise: The actual wedding ceremony could take place elsewhere, while the reception could happen at Viaggio.

“’You’re allowed to come in your wedding attire,’ because I feel like now you’re treating me like I’m a 5-year-old, telling me what I can and cannot do,” Reyes said.

Hey social media mavens, what say we blow Viaggio Estate Winery up for their overt homophobia? See screenshots of their…

The next day, Viaggio co-owner Teri Lawrence issued an apology for the “hurtful” comments.

“Viaggio Winery welcomes all couples, regardless of gender or sexual orientation, to our winery and wedding venue, including wedding ceremonies,” the statement said.

“I tried to explore options for celebrations that would accommodate both my religious beliefs and the expectations of our community. I realize now that, contrary to my intent, this was hurtful to the people involved.”

The Sacramento Bee reports that Lawrence has a long history of homophobia. In 2008, she vocally supported Proposition 8 in California, which banned marriage equality.

She also co-founded Diversity Reform USA and is a member of the Eagle Forum of Sacramento, both anti-LGBTQ organizations.

Reyes and Biddle said they don’t want to have their wedding at Viaggio anymore.

“To me, it felt like if this was 50 years ago and I’m part of an interracial couple, I could have gotten the same thing,” Levy said. “It’s just gay marriage. It’s only been legal for three years.”

An HRC bigwig fought for marriage equality. Now she’s fighting her divorce by attacking it.