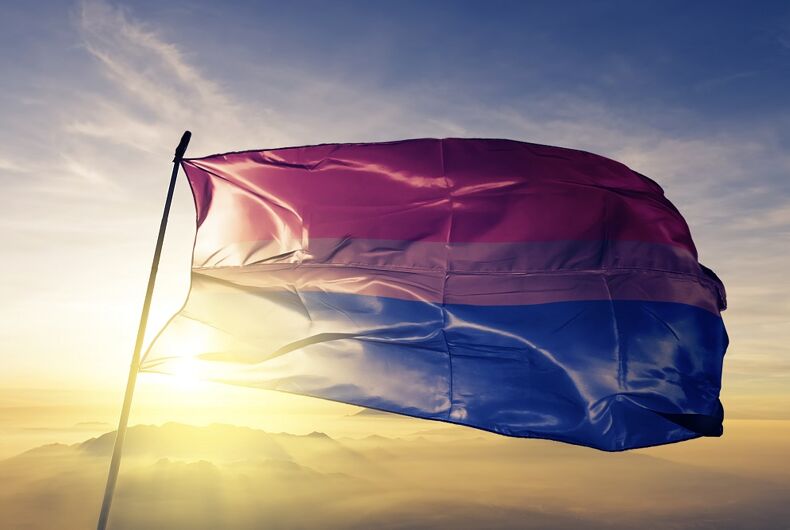 Do you know why there’s sometimes a plus sign after the words bi or bisexual? Do you know what “bi erasure” is?

This week is Bisexual+ Awareness Week, also known as BiWeek for short. BiWeek was co-founded by the LGBTQ media organization GLAAD and the bisexual+ advocacy group BiNet USA to help educate and build awareness about bi people.

Related: There was an outpouring of love after this bisexual girl’s grandma went viral

Some of the language when it comes to the B in LGBTQ might seem a little confusing, but fear not! The folks at GLAAD have prepared a quick refresher on some common terms.

A person who has the capacity to form enduring physical, romantic, and/ or emotional attractions to those of the same gender or to those of another gender. People may experience their attractions in differing ways and degrees over their lifetime. Some bi+ people are attracted to people of all genders equally. Others may have attractions that are predominantly towards one gender over others.

A pervasive problem in which the existence or legitimacy of bisexuality+ (either in regard to an individual or as an identity) is questioned or denied outright.

Fear of bisexuals+, often based on stereotypes, including inaccurate associations with infidelity, promiscuity, and transmission of sexually transmitted infections.

An encompassing term for people with the capacity to be attracted to more than once gender. Includes people who identify as bisexual, pansexual, fluid, queer, and more.

A person who has the capacity to form enduring physical, romantic, and/or emotional attractions to people of all genders or to people regardless of gender.

An individual who has the capacity to form enduring physical, romantic, and/or emotional attractions to a range of people of various – but not necessarily all – genders. For example, a woman may identify as polysexual if she is attracted to other women (cis and trans) as well as nonbinary individuals.