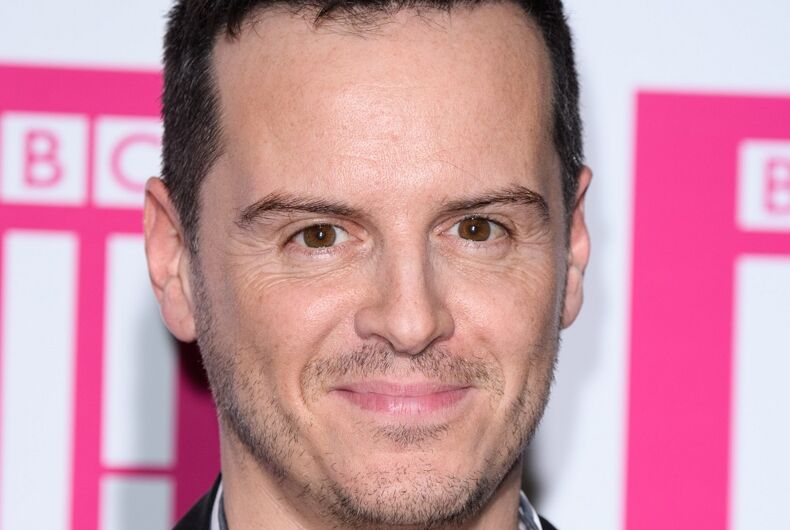 Actor Andrew Scott says he doesn’t like being described as “openly gay.”

Scott, who’s best known for his work on Sherlock where he won a British Academy Television Award for Best Supporting Actor for his portrayal of Jim Moriarty, was speaking with British GQ when he said that it’s strange to say that he’s “openly gay” instead of just “gay.”

“You’re never described as openly gay at a party,” he said.

“‘This is my openly gay friend Darren,'” he said, to show how ridiculous the formulation would be in-person.

The expression “implies a defiance I don’t feel.”

Related: This child actor’s gay days at Disney cost him his career

The phrase “openly gay” is often used in the context of firsts – Jared Polis was described on this site as the first openly gay governor in the US. In that context, it is meant to acknowledge that LGBTQ people have always been a part of the population, even if they did not publicly identify as such.

Scott also talked to GQ about playing a straight man in the show Fleabag.

“Sexuality isn’t something you can cultivate, particularly,” he said.

“It isn’t a talent. You believe the relationship, that’s my job.”

#TeamChrissy: Why is Chrissy Teigen trending on Twitter? Trump.