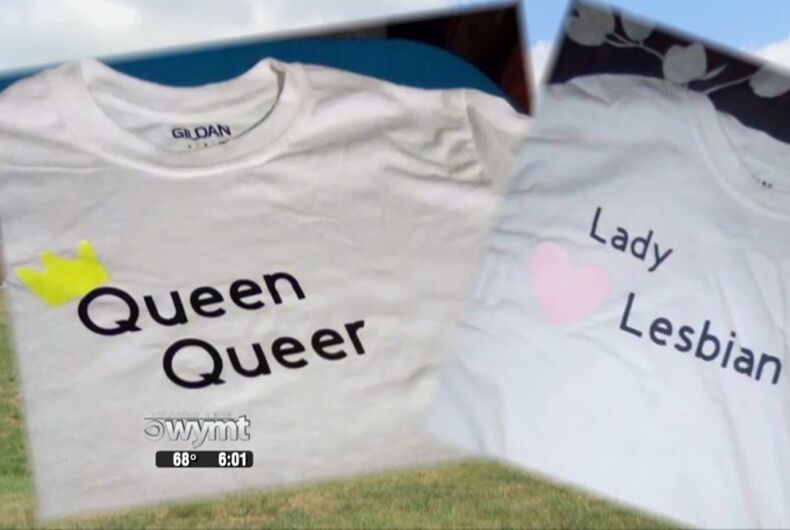 Several students at a Kentucky high school were forced to change out of their pro-LGBTQ clothes because administrators said the messages violated dress code.

Student Lilly Vance at Martin County High School is speaking out because she says she thinks her school is discriminating.

Last Thursday, several students wore T-shirts with messages like “Lady Lesbian” and “Queen Queer” to celebrate Pride, but they were pulled out of class.

“They were wearing gay pride shirts to school and they all got dress coded for it,” Vance told WYMT.

She said that students wear political shirts all the time, so the issue isn’t just that their clothes had a message.

Zachary Mills told WYMT the same thing, that other students wear Confederate flags on “their boots, hats, shirts, and even belt buckles” without issue.

“I hope that we as LGBTQ students and people as a whole will be treated equally because right now that’s not what it’s looking like,” he said.

Superintendent Larry James said that the issue was a “miscommunication.”

“We definitely do not want any of our students to feel like they are discriminated against,” he said in a statement.

The school does not have a Gay-Straight Alliance, according to Vance.

Here are the Democrats who made it to the next debate. Expect the others to start dropping out soon.