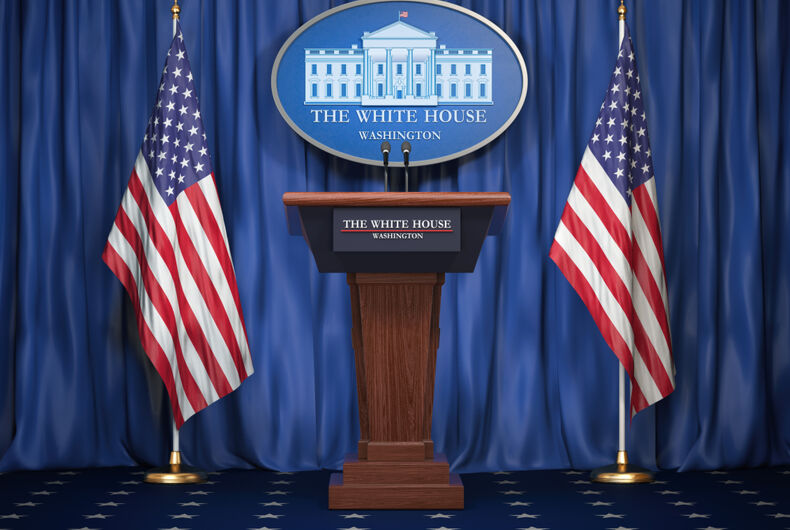 The Democratic presidential candidates who qualified for the next debate has dramatically winnowed the field. While 20 would-be Presidents were able to stand on stage over two nights of attacking former President Obama and each other, only 10 made it to the next round.

The debate will last for one night instead of two like the previous debates when 20 candidates took the stage.

Yesterday’s deadline to meet the qualifications to participate had major donor Tom Steyer and Hawaii congresswoman Tulsi Gabbard on edge as they watched polling results come in, but neither ended up qualifying in the end. Candidates had to have 130,000 unique donors and receive at least two percent support in four polls deemed reliable by the party.

Related: A gay Democrat is taking on a former presidential candidate in the Colorado Senate race

With half of the candidates knocked out, expect quite a few of them to drop out of the race.

Senator Kirstin Gillibrand bowed out of the race yesterday evening, acknowledging that the requirement made it clear she didn’t have enough support to continue her campaign.

“I just didn’t see our path,” she said as she announced she was quitting the race.

While Buttigieg is the only out presidential candidate, Hickenlooper will face off with Dan Baer, a gay former ambassador, in the primary.

A sad day for the Democrats, Kirsten Gillibrand has dropped out of the Presidential Primary. I’m glad they never found out that she was the one I was really afraid of!