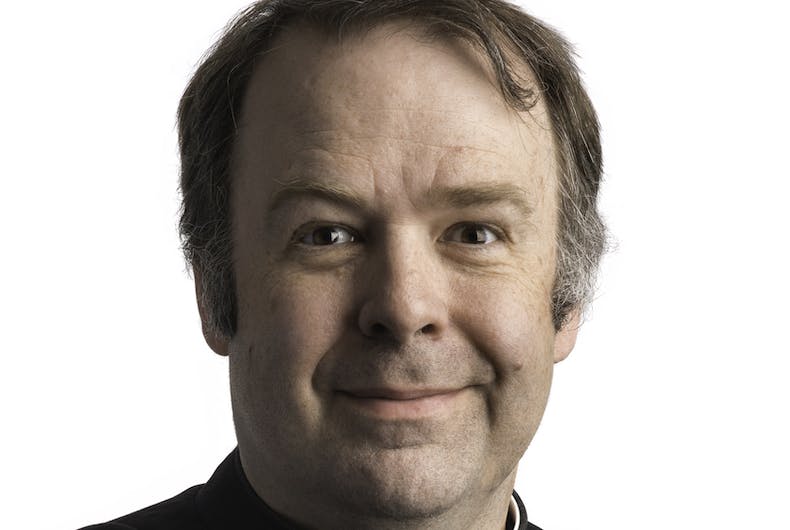 Rev. Erik Richtsteig is supposed to become a new youth pastor working with kids ages four to 15 in Salt Lake City’s Catholic schools. But more than 150 parents have signed a petition opposing his appointment after discovering his anti-LGBTQ and misogynist social media posts.

Related: This priest allegedly exposed himself to a teen who came out during confession

According to New York Daily News:

“In a post on Facebook, the paper noted, the priest said that images shared by LGBTQ individuals in June (Pride month) looked ‘like a gnome vomited.’

He also would not accept any friend requests from people who had a rainbow filter over their picture.”

He has reportedly also followed Facebook pages with titles like, “Male feminists are p*ssies,” “Right wing extremist” and “Obama has to go.”

The Salt Lake Tribune adds, “He shared one meme about slavery that suggested a black U.S. senator, who has advocated for reparations, should perform oral sex on a man…. He has since deleted many of the posts. Or, at least, hidden them from public view. When reached by The Salt Lake Tribune, Richtsteig said he had no comment.”

The Bishop of Salt Lake City, Oscar Solis, said that he understood parental fears but had “never heard any serious complaint” about Richtsteig.

In a letter to parents, Solis wrote, “He is not a person without faults, much more a saint, but one with weaknesses and failings like anyone else. Yet, his mistakes do not outweigh his love, fidelity and zeal for his priestly ministry.”

There is now also a counter-petition calling any reports of Richtsteig’s online behavior “slanderous attacks.”

… We have never known him to preach on anything contrary to Roman Catholic Church teaching and have never found any reason to fear interacting with him or to have our children interact with him. To the contrary, our children have enjoyed talking to him and often run excitedly up to him when they see him.”

As far as we can tell, Richtsteig has been hired into the position as of last Thursday.