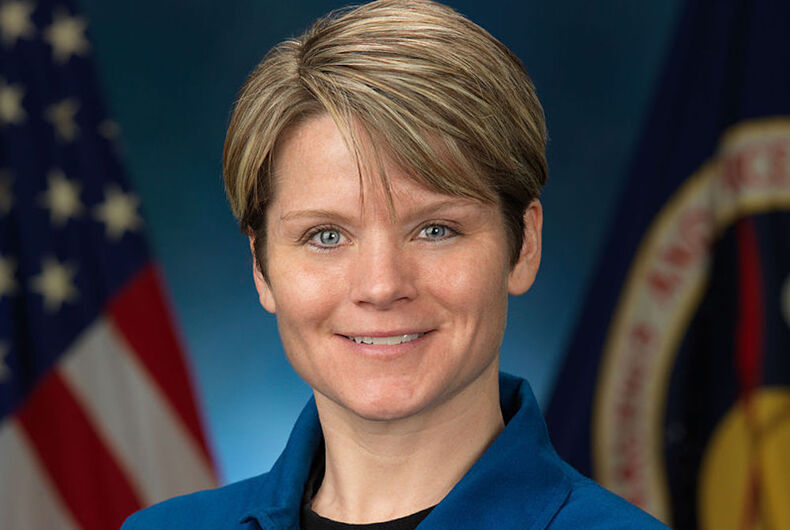 Lesbian American Astronaut Anne McClain has been accused of committing the first-ever recorded space crime after she allegedly accessed the bank account of her estranged spouse, Summer Worden, from the International Space Station (ISS), the BBC reports.

According to The New York Times, the two women have been involved in “a bitter separation and parenting dispute for much of the past year.” After discovering that McClain had accessed Worden’s account from a NASA computer terminal, Worden filed a complaint with the Federal Trade Commission and NASA’s Office of Inspector General. She has accused McClain of identity theft and improper access to Ms. Worden’s private financial records.

But while McClain has admitted to accessing Worden’s account from the ISS, she has denied any wrongdoing. Her lawyer says she was merely reviewing her former partner’s funds to ensure that Worden had enough to pay bills and for their child’s care, and that she didn’t move, transfer or withdraw any funds. McClain adds that she simply used a password that she had used previously and that Worden never told her not to access the account.

The five space agencies involved in the space station — from the United States, Russia, Japan, Europe and Canada — have long-established procedures to handle any jurisdictional questions that arise when astronauts of various nations are orbiting Earth together. But Mark Sundahl, director of the Global Space Law Center at Cleveland State University, said he was not aware of any previous allegation of a crime committed in space. NASA officials said they were also unaware of any crimes committed on the space station.

NASA and other space agencies conclude that “space crime” will become a burgeoning new field, especially as space tourism becomes more widely available to other Earthlings.

We need to recognize the major upside to Trump’s presidency