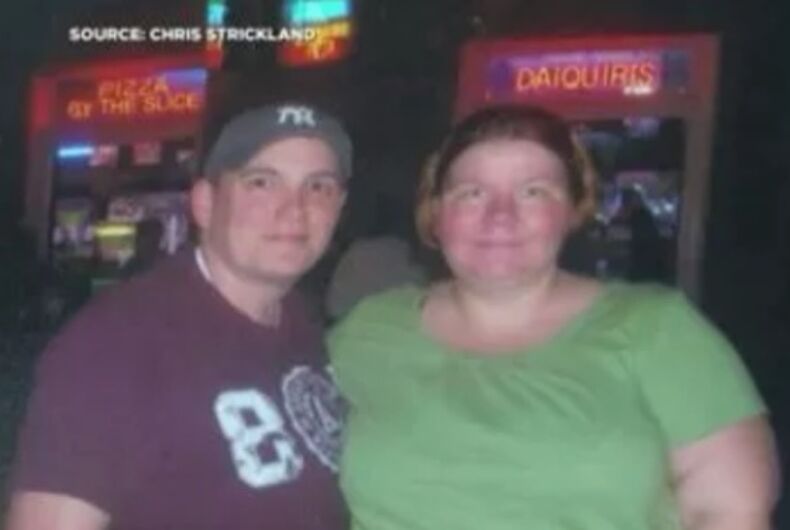 A lesbian mother in Mississippi has the same parental rights to her son as her ex-wife, the state’s supreme court ruled April 5.

Christina “Chris” Strickland had raised her son, Zayden, 6, with her ex, Kimberly Day, the boy’s biological mother. Day had attempted to deny parental rights to Strickland in their divorce.

A lower-court ruling against Strickland had also given parental rights to the boy’s anonymous sperm donor, instead of Strickland.

Related: A judge said an anonymous sperm donor is a boy’s real parent & not his lesbian mom

But in a much-watched decision, the state supreme court reversed the lower court and sided with Strickland.

“For one, it would elevate the rights of a donor — who is a complete stranger to the child, and likely never will be identified — over the rights of a person who has known and cared for the child,” Ishee said in his opinion.

Justices wrote differing opinions to reach the outcome, but no justices used opposition to same-sex marriage against Strickland.

“I’m on cloud nine now,” Strickland said to WREG TV. “I knew I was my son’s mother from the start, and I would be at the end, and this just confirms it with the Supreme Court backing me 100 percent.”

The court ruling names Strickland as parent on her son’s birth certificate. Now on equal footing, the case of Strickland and her ex returns to county chancery court to determine custody.

Lambda Legal heralded the victory. It noted that the Mississippi court recognized marriage equality as the law of the land.

“Today’s ruling is confirmation for thousands of married couples in Mississippi who know that the love, care and responsibility that comes with being a mom or dad goes far beyond the blood relationship of an anonymous sperm donor,” Lambda Legal counsel Beth Littrell said.

Why will religious right leaders be meeting with Trump during Pride month?

How to catch a cab like you own everything