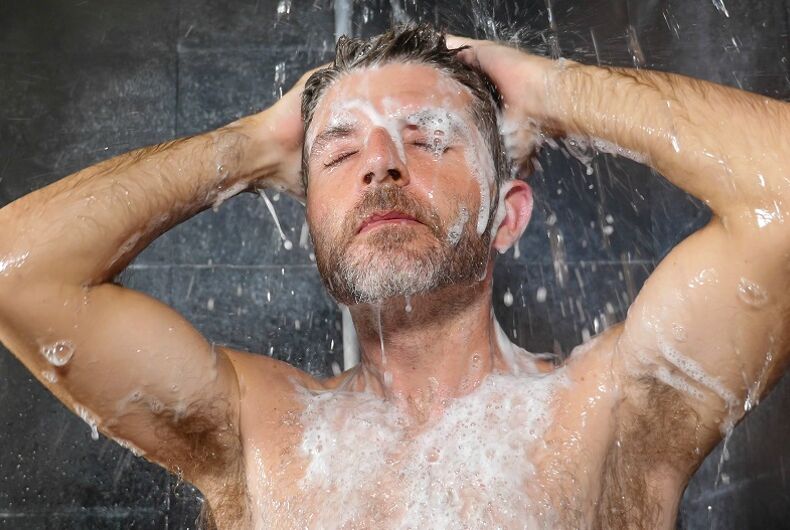 A gym in London apparently lied to its members about putting undercover cops in the men’s locker room to curtail cruising.

On August 5, members of Virgin Active’s Barbican gym received an email from customer service representative Erica Livermore that said that they would be stationing undercover police officers in the men’s locker room because there were reports of “inappropriate behavior.”

“Dear members, we are aware that there have been reports of incidents linked to individuals’ inappropriate behavior, specific to the male lock room facilities,” the email stated.

It went on to say that they are working “in collaboration with City of London Police, to address and investigate any criminal behavior.”

“Going forward, please be advised that undercover police officers will be present in the male locker room and they will take any appropriate action should the need arise.”

Related: A cis woman got banned from a gym for insulting a trans woman. She thinks she’s the victim.

One gay member of the gym, Max Pemberton, said that he was concerned after receiving the email, given the history of police using undercover sting operations to arrest gay and bi men, often of trumped up charges and made-up facts.

“Despite escalating knife crime, the police are now going undercover to stop people cruising. It’s like 1950s honey traps in men’s toilets all over again, when they targeted gays in a homophobic clampdown,” he said. “Can’t believe police resources are being wasted on this.”

So he forwarded the email to Buzzfeed News.

They contacted the police in London who said: “We have not put undercover officers into the changing rooms of this gym, or any other gym in the City. We became aware of this email sent out to members by Virgin and have asked them to issue a correction, which I believe they are going to do imminently.”

Virgin Active later sent out an email saying that there weren’t going to be any cops in the showers.

“Following on from our message on the 5th of August we are pleased to report that no further incidents of inappropriate behaviour have been reported,” the second email said.

The email said that it would “clarify” that “no undercover police have been present inside our changing facilities at the gym,” even though the original email wasn’t unclear at all.

It appears that Virgin Active got caught lying to its members as a scare tactic to curb locker room cruising.