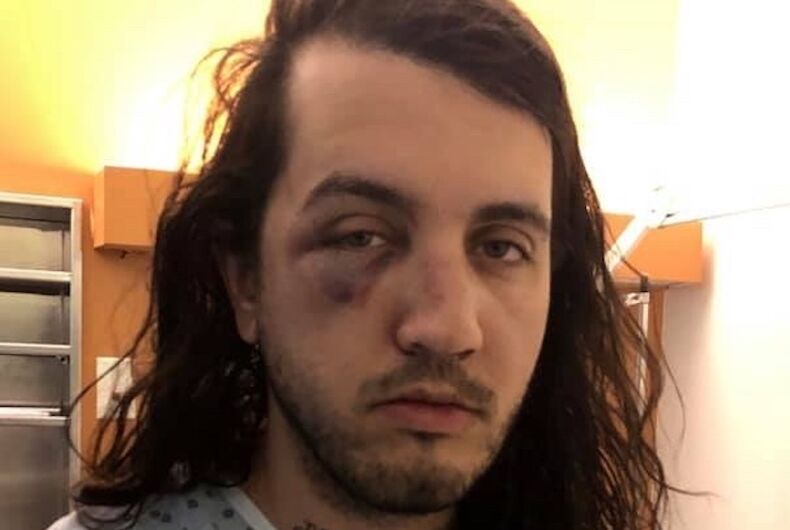 Markantoine Lynch Boisvert says he suffered a black eye when he and his partner Alex James Taboureau were attacked in a gay bashing in Quebec CanadaPhoto: Facebook

A Montreal-based designer named Markantoine Lynch-Boisvert say that three individuals attacked him and his spouse, Alex James Taboureau, at a bar on Friday night because of their sexual orientation.

“Lynch-Boisvert’s mother, Chantal Lynch … says her son and [his] fiancé suffered a concussion and multiple facial fractures,” according to LaPresse.ca. The two men were robbed during the attack and were subsequently taken to the hospital.

While it’s not entirely clear what happened, the couple had spent a night out in the town of Charlevoix celebrating the recent release of Markantoine’s fashion collection in La Maison Simons stores, a clothing retailer in Canada.

The attack seemingly began amid comments at a bar. Markantoine Lynch-Boisvert said, “I can still hear one of the guys saying ‘Stop, you’re going to kill him’ to the one who was kicking my face freely, Alex struggling to try to help me, the fear in his eyes.”

Dubois said, “This alleged aggression comes one week after Montreal Pride and a few days before the launch of Rainbow Festival in the nation’s capital.“We often hear people asking why Pride events are needed in 2019, and this is proof of why. There’s still the defense of our rights to be done, we must continue to fight.” 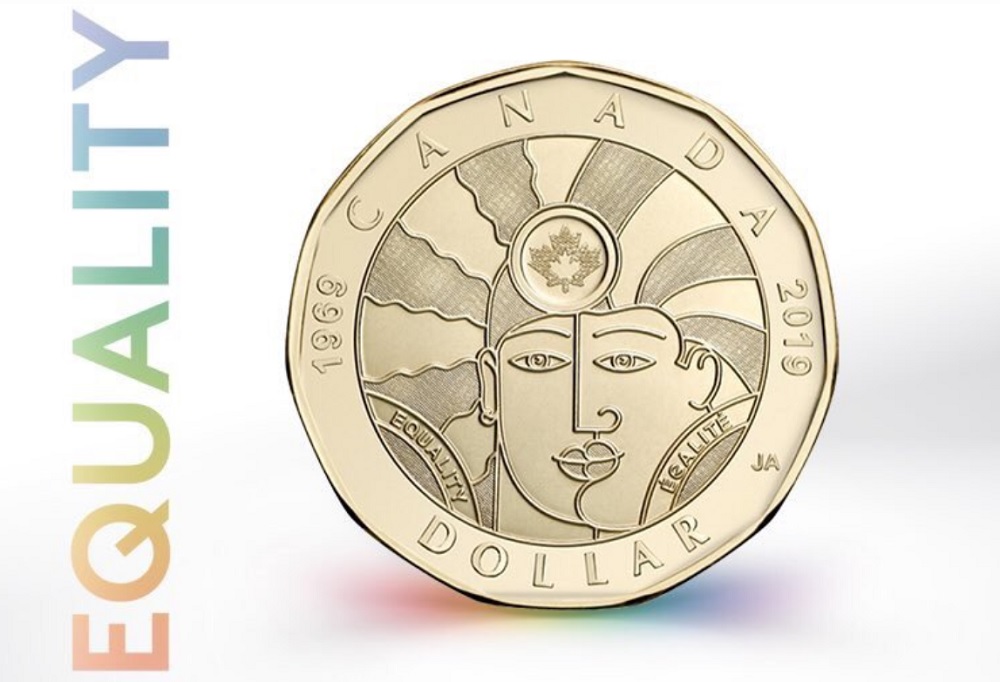 In April 2019, Canada’s Royal Canadian Mint unveiled its intent to produce 3 million coins commemorating LGBTQ2S equality — a $1 Canadian coin with an LGBTQ2S design on the back.

The coin, designed by Vancouver artist Joe Average, shows two faces with two years: 1969 and 2019. 1969 was the year that Canada’s parliament “initiated the decriminalization of homosexuality.” A maple leaf is in the design with the words “Equality” and “Egalité.”

The design has come under criticism by LGBTQ advocates who say that it implies that equality has been achieved in Canada, citing HIV disclosure laws, the gay blood ban, and policing of queer people of color and transgender people.

They also argue that there was no decriminalization of homosexuality in 1969, only the creation of an exception to the country’s anti-sodomy’s laws, which were still used to prosecute people for having gay sex, and many of the laws are still on the books.