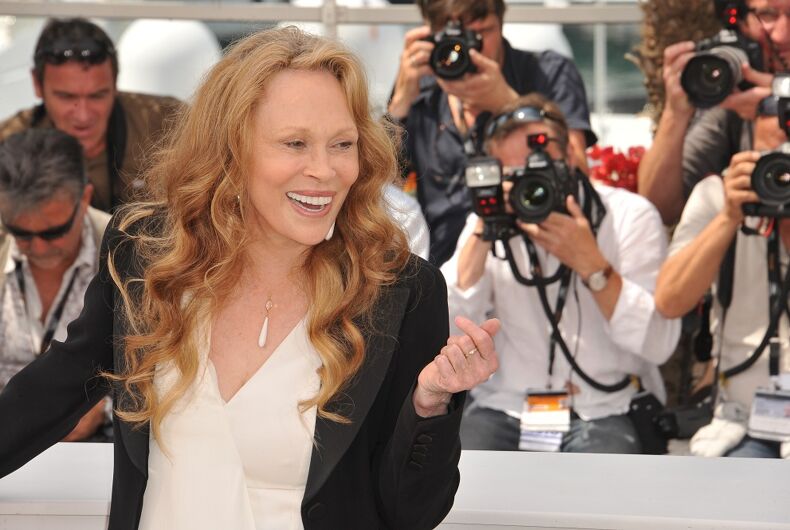 Faye Dunaway is perhaps best known for her work on film, which includes "Bonnie and Clyde," "Chinatown," and Mommie Dearest."Photo: Shutterstock

Actress Faye Dunaway is being sued by her former assistant who says that she denigrated him for being gay.

Michael Rocha was Dunaway’s assistant for two months when she was preparing for the Broadway play Tea at Five until he was allegedly fired in retaliation for complaining about her unprofessional behavior.

According to the complaint filed at the Manhattan Supreme Court, Dunaway repeatedly went on abusive tirades meant to humiliate Rocha at work.

Her tirades became homophobic as she would refer to Rocha and other people working on the show as “little gay people.”

Rocha claims in the suit that he recorded her calling him “a little homosexual boy.” He complained to the show’s general manager. Several weeks later, he was fired because Dunaway “is not comfortable with you anymore.”

His lawsuit accuses Dunaway and several of the higher-ups at the show of anti-gay discrimination and retaliation. He is asking for lost wages, emotional damages, punitive damages, and attorney’s fees.

Tea at Five is a one-woman play by Matthew Lombardo about actress Katharine Hepburn. Dunaway’s performance on a Boston stage got good reviews.

“Dunaway inhabits the role and goes beyond mere mimicry. Of course, she captures The Voice — waspy, reedy, patrician — but she also brings a mix of fragility and strength to the role, maintaining the straight spine but also letting that stiff upper lip quiver ever so slightly when grief overtakes her,” read a review in the Boston Globe.

But she was released from the show before it got to Broadway. The New York Post cited several unnamed sources in a story that said that she was fired for unprofessional behavior.

The July 10 show was canceled “moments before curtain because Dunaway slapped and threw things at crew members who were trying to put on her wig.” Crew members were “fearful for their safety” as Dunaway became “verbally abusive.”

The shows producers and Dunaway’s lawyer have not commented on the lawsuit.