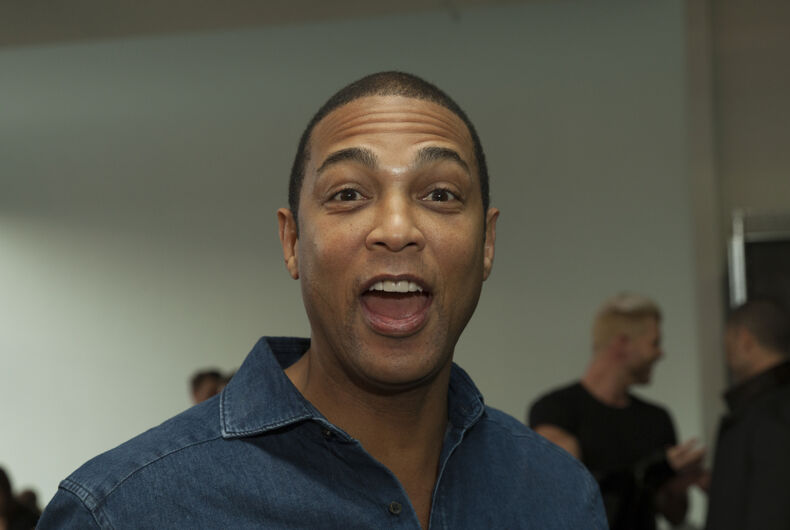 Out CNN anchor Don Lemon is being sued for sexual harassment by a straight bartender from the Hamptons. Documents in the case allege the television personality engaged in shocking behavior after the plaintiff, Dustin Hice, offered him a “Lemon Drop” alcoholic beverage.

CNN, however, is firing back on Lemon’s behalf, saying the man has shown “a pattern of contempt” for the news network, implying this is just a way to harm the channel’s reputation using Lemon’s reputation as collateral damage.

Hice says he had finished his shift at another bar when he went to the Sag Harbor dive bar Murf’s. He saw Lemon, recognized him, and offered to buy him a drink. Lemon reportedly declined the offer but approached the man later.

“Mr. Lemon, who was wearing a pair of shorts, sandals, and a t-shirt, put his hand down the front of his own shorts, and vigorously rubbed his genitalia, removed his hand and shoved his index and middle fingers in Plaintiff’s moustache and under Plaintiff’s nose,” the suit says.

“The plaintiff in this lawsuit has previously displayed a pattern of contempt for CNN on his social media accounts,” a CNN spokesperson told Mediaite. “This claim follows his unsuccessful threats and demands for an exorbitant amount of money from Don Lemon. Don categorically denies these claims and this matter does not merit any further comment at this time.”

Hice has taken down his Twitter account, but Mediate found an Instagram post by him that he posted outside of CNN headquarters in Atlanta. “touring the #CNN center today…or as #Trump would say ‘the home of Fake News’ lol.” the post read.

“The assertion that Mr. Hice would put himself through the painful process of filing a sexual assault lawsuit against his attacker all because he doesn’t like a cable TV station is ludicrous. Rather, he took down his social media accounts on the day he filed the lawsuit against Don Lemon because he’s a private citizen and wants to protect himself from CNN’s heavy-handed tactics.”