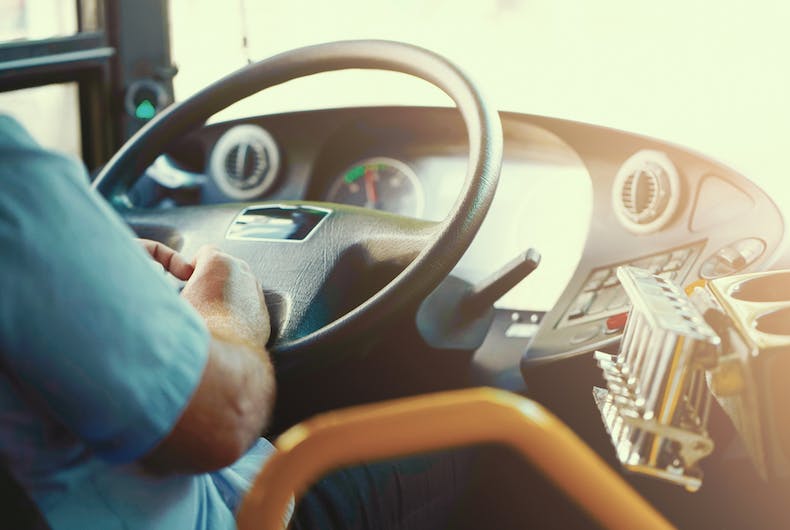 A British bus driver has been suspended pending an investigation after he allegedly refused to drive a bus he claimed “promotes homosexuality.”

Riders say they were confused when the bus driver refused to let them board, saying he wasn’t going to operate the vehicle. The driver demanded that a different bus be sent that didn’t have the ID number written in a rainbow font.

Today I was waiting for the 501 bus to thickthorn and we were told by the driver we had to wait for him to swap buses as “this bus promotes homosexuality and I refuse to drive it” due to the multicoloured “501” sign @nparkandride Norwich doesn’t appreciate homophobia pic.twitter.com/YwDPOT0jeJ

Would-be passenger Rebecca Sears told the Norwich Evening News that she didn’t understand what the driver’s problem was.

“The driver told us we couldn’t get on, and he was making a call at the time. He then said: ‘this bus promotes homosexuality and I refuse to drive it’. We all looked at each other and couldn’t work out if he was joking. It was just ridiculous,” she said.

“I just thought why is this such a big deal? You are stopping people from getting home for such a ridiculous reason. I think everyone is entitled to their opinion, but if it stops you from doing your job, then it is ridiculous.”

Sears says she complained to staff at the station who indicated they knew the driver was causing issues. She also took to Twitter to voice her concerns.

Go East Anglia, the company who operates the service, reiterated their support for LGBTQ equality in a statement addressing the situation.

“We particularly want all customers of whatever background or sexual orientation to feel comfortable on our services,” the spokesperson said in an emailed statement. “As a company we do not condone any behavior from our drivers that does not support this view. The driver involved in this incident has been suspended and a full investigation is underway.”