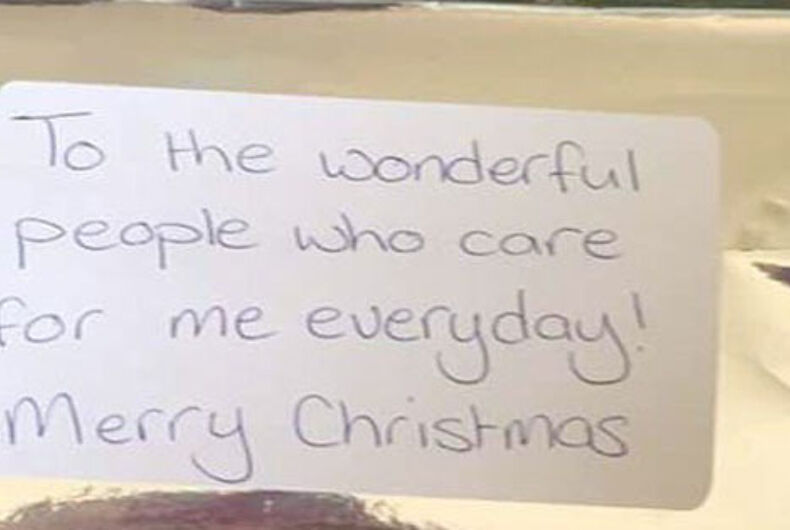 Children in an Australian town recently rushed home from the school bus with a large, gold foil gift-wrapped envelope in hand, each bearing the message, “To the wonderful people who care for me everyday! Merry Christmas.” Their bus driver had handed them out, all of them resembling Christmas presents.

So imagine the shock when parents opened these surprise packages to find a campaign leaflet from the Marriage Alliance, an outfit that is working to stop the pro-LGBTQ family and same-sex marriage movement, known down under as “Safe Schools.”

Gay News Network reported that word spread on Facebook about the messages delivered in the Kyabram area. An  “older looking person” reportedly requested the bus driver hand the “presents” to every student on the bus.

“It could have had anything in it,” one parent said. “That’s alarming in itself. They let anyone on the school bus.”

The resident, who did not give their name for privacy, said she has a younger brother who was excited to give his parents the “gift.”

“He went down to mum and they opened it together and that’s what it was – it was shocking.”

“If they’re going to hand out something like that it should be approved – it’s sneaky and it’s really targeting the children.  Mum was offended. And it’s upsetting for my brother – it said on it ‘To the people who have helped me through the year – Merry Christmas!’ It’s not cool.”