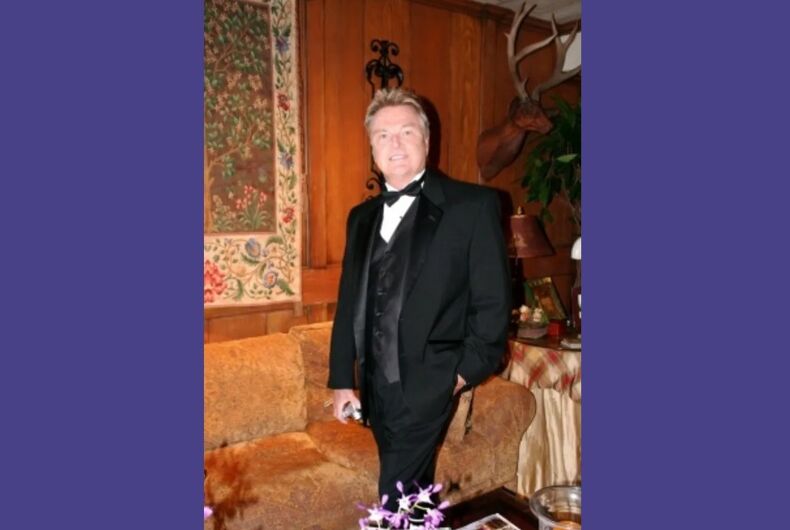 48 gay and bi men are suing the University of Southern California, saying that they were targeted for sexual assault and harassment by a campus doctor and the university didn’t do enough to stop him.

Their allegations include forcing them to get naked when it wasn’t necessary, giving them unnecessary and sexualized genital and rectal exams, and making lewd comments about their sexualities.

According to the lawsuit, Dr. Dennis Kelly, 73, was the only full-time men’s sexual health doctor at USC for 20 years when they were students at the school, so if they needed medical help they had to see him.

The plaintiffs say that, starting in 1999, he targeted gay and bi men and that he never treated a straight man the way he treated them. Many of them were coming to terms with their identities and were visiting the doctor for their first time on their own.

Related: Should this politician resign for his husband’s sexual harassment?

Despite not having symptoms of anything, Kelly made John Doe 20 get naked and he started examining him with his hands. He made comments about his genitals but didn’t do a swab to test for STIs. Kelly then used an anoscope to give him a rectal exam, which he later found was unnecessary.

He had several more appointments with Kelly and he eventually came to believe that what Kelly was doing wasn’t really medical treatment. He filed a complaint about the doctor with USC but said that he never got a response.

The other complainants had similar stories – Kelly would make condescending and shaming comments about their sexual histories and their bodies, give them examinations even though they didn’t have any symptoms, and do the examinations in a way that wasn’t professional.

Several of them saw other doctors and found out that what Kelly was doing wasn’t standard procedure.

“I went in there expecting to get groped and fingered again,” John Doe 6 told Buzzfeed News about when he got sent to see another doctor on campus. But then he wasn’t told to undress and he started talking with the new doctor about the rectal exam he got from Kelly. The student was told that he was “dirty” by Kelly and his rectum was penetrated for over a minute by instruments and Kelly’s fingers even though he had no symptoms.

The new doctor “just gave me this look and he’s like, ‘Well, that shouldn’t have happened.’ And that was the end of it.”

“I really thought that there would be some kind of follow-up,” he continued. “I really just figured if I brought it up to the right person and told them what happened, then something would happen about it — you know, there’s justice in the world, or whatever. But his reaction was just, again, one of confusion and sort of dismissal. Like, once it was over, it was over.”

The plaintiffs are suing for sexual assault, sexual harassment, and gender violence, since they were targeted because of their gender and sexuality. They are accusing USC of negligence as well.

Five of them said that they complained to USC, but only two heard anything back from the school. One was told that the incident happened too long ago to do anything about. The other didn’t hear a response until the lawsuit was filed in February, and only then was he told that his complaint was acknowledged and being investigated.

Kelly stopped seeing patients last July and resigned a month later. He continued to treat students at California State University – Northridge. He was put on leave there when the lawsuit was filed, and a CSU-Northridge official said that they were never alerted to complaints about Kelly.

Kelly, who has refused interviews on the topic, told the LA Times in a statement, “I know I did it all professionally and without any other motive.”

USC issued a statement saying that it takes “this matter very seriously” and supports LGBTQ students. But it has been criticized for stonewalling critics and investigators on the matter like it did with Dr. George Tyndall, a USC gynecologist who was recently charged with 29 felonies related to allegations of preying on women in his care.

“USC treats litigation as an excuse for a level of secrecy that is not necessary,” said law professor Ariela Gross, the chair of Concerned Faculty of USC. “The university is not just a party in a lawsuit. The university is an educational community that owes something to all of its members.”