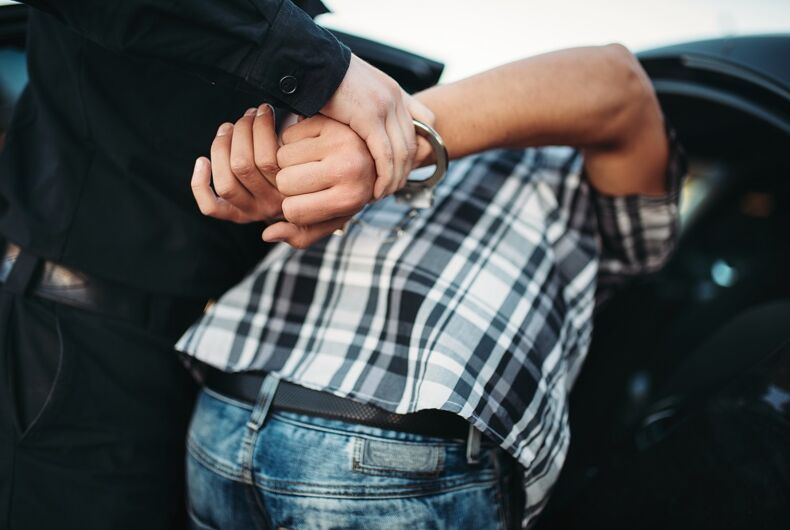 Police in D.C. have arrested 26 men in a park for seeking sex with other men in the past year as federal police started what may be an undercover anti-gay sex sting operation.

Sergeant Eduardo Delgado of the U.S. Park Police told the Washington Blade that the arrests started on August 7, 2018, and resulted in charges of Disorderly Conduct, Lewd Acts, Unlawful Entry, and Simple Assault (Sexual).

While Delgado said he didn’t know whether the arresting officers were in plainclothes or uniformed, one defense attorney said that the entire operation is “reminiscent of the Stonewall days.”

John Albanes is a lawyer who knows several of the attorneys representing some of the men who were arrested in the park.

“I am on a D.C. Superior Court trial lawyers association listserv and recently several criminal defense attorneys on the email list have mentioned that they have had criminal cases involving essentially the same set of facts,” he said.

Misdemeanor sexual abuse in D.C. law requires that a sexual act be performed on another person “without that other person’s permission.”

“The officers are posing as willing participants in a consensual encounter between adults,” Albanes said. “The target is deceived into thinking that what he is about to do is wanted. This raises serious doubts about whether the government can prove criminal intent.”

Delgado said that the police are responding to complaints about lewd activity, and that plain clothes officers are a legitimate way of enforcing the law. He did not say whether those officers are saying they consent to sexual acts with gay and bi men and then arresting them for sexual assault.

Lou Chibbaro Jr. at the Washington Blade wrote that Meridian Hill Park has been known as a cruising area for the past 50 years for mostly Black men.

In the past decade, many municipalities have abandoned their anti-gay sex sting operations in favor of uniformed officers and better lighting. That, coupled with the popularity of cruising apps like Grindr, have made these sorts of stings seem like things of the past.