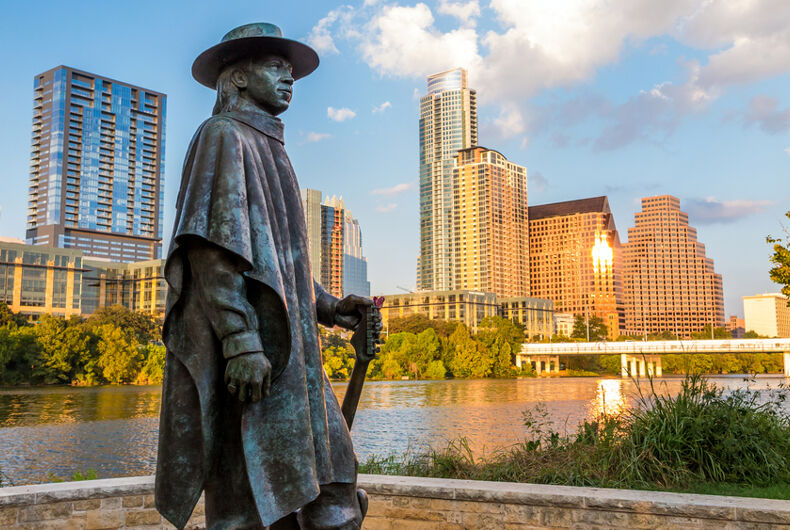 A homeless man has been arrested and charged with multiple aggravated assaults after allegedly stabbing a homeless transgender woman multiple times in downtown Austin, Texas.

The stabbing was so bad that it “left the victim with her intestines hanging out of her body and a portion of her spleen had to be removed,” according to the local FOX News affiliate. The woman is now in critical condition.

The stabbing occurred early Wednesday morning along the Waller Creek Trail near the Austin Resource Center for the Homeless (ARCH), a downtown facility near the highway and the city’s Red River music venues.

It’s unclear whether the stabbing was motivated by transphobia. Police will likely not pursue hate crime charges because even though Texas has a state hate crimes law, it only includes sexual orientation, not gender identity.

No other suspects have been named or charged in the attack.

Related: The secret life of Austin’s most famous homeless cross-dresser gets revealed in a new film

While Austin is considered a liberal haven in a red state, the city has had trouble with violence affecting gay men.

In January 2019, Spencer Deehring and Tristan Perry, a gay couple, were brutally attacked by five assailants for holding hands after a night at the bars. They suffered bruises, lacerations, a broken nose and chipped teeth.

In April 2018, a 69-year-old former policeman named James Miller was sentenced to 10 years probation and six months in jail for stabbing his 32-year-old neighbor Daniel Spencer after Spencer allegedly propositioned him. In summer 2015, a man named Stephen Sylvester was beaten to death by his new boyfriend, Bryan Michael Canchola,

In the wake of these and other crimes against the queer community, a new neighborhood watch group has formed, the Rainbow Patrol, a group of people who offer to walk folks home or to their nearby cars.

Have an STI? This infamous evangelical preacher wants to sell you a (fake) cure.