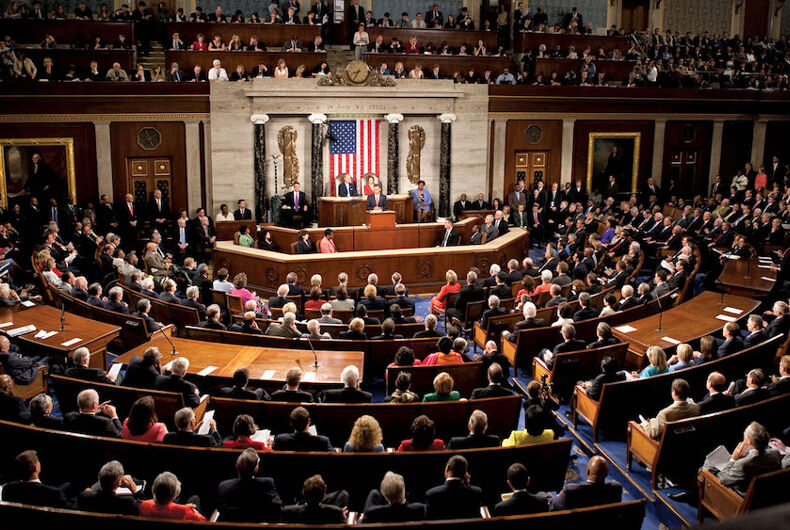 There’s always turnover in Congress. After all, if you had to re-apply for your job every two years, you might decide at some point to call it quits too. But you might also decide to pack it in if you thought you wouldn’t get to keep your job.

With the next election more than a year away, Republicans are already heading for the exits in surprising numbers. In the past week alone, three GOP representatives announced that they were not going to run for re-election. That makes five so far this year.

The reasons vary. Rep. Martha Roby of Alabama barely escaped a tough primary challenge last year.  She had withdrawn her support for Trump in 2016 after the Access Hollywood tape became public, and her constituents never really forgave her for it.

Rep. Susan Brooks of Indiana announced last month that she wouldn’t run for re-election; between Brooks’ and Roby’s retirement, the number of Republican women in the House would drop to a meager 11.

Rep. Pete Olson of Texas is in a suburban Houston district that has been targeted by Democrats because of its changing demographics. Rep. Paul Mitchell of Michigan said he was just fed up after only two years in Congress because “rhetoric overwhelms policy.”

Roby’s and Mitchell’s districts are pretty much guaranteed to stay in Republican hands. If anything, Roby’s replacement is likely to be a mini-Trump as a corrective to Robey’s momentary lapse into principle.

Their departure will be no loss for LGBTQ rights. Roby was an adamant opponent of marriage equality, citing religious grounds. “She believes marriage is between a man and a woman, and that’s the fabric of her faith,” her spokesman said in 2015. Olson was similarly appalled at the 2015 Supreme Court decision. Both have a zero voting rating from the Human Rights Campaign (HRC).

Mitchell doesn’t have a rating yet, because HRC’s scorecard only covers the last Congress. Not that it matters. He previously called marriage equality “a threat to democracy.”

Being the minority party in Congress is no fun, but the early announcements of retirement suggest that maybe Republicans are beginning to think things won’t change any time soon. The retirements also raise the specter of another low-energy campaign season for Republicans in the House.

In last year’s midterms, 39 Republicans bailed rather than run for Congress again, the highest number in a decade. The decisions to leave were a harbinger of the beating the GOP was expecting to take. As a predictor, it was accurate.

So are we about to see a repeat? It’s still too early to say. But the retirements are a hint that, at a minimum, at least some Republicans think the House will remain in Democratic hands for a while longer.