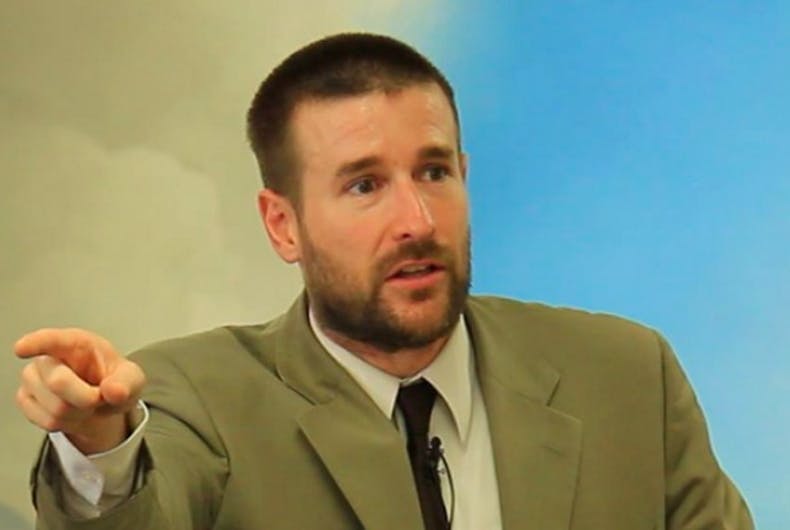 In a video posted to YouTube, Anderson said that he was going to speak at the New Life Baptist Church in Australia with Pastor Kevin Sepulveda.

“But I just got word back today that, basically, I’m banned from Australia,” he said. His Electronic Travel Authority “was denied by Australia. I’m not going to be permitted to enter the country.”

Anderson got worldwide attention several years ago for his violently homophobic comments. He is a Holocaust denier who praised the Pulse nightclub shooter, calling victims “a bunch of disgusting perverts and pedophiles” and “disgusting homosexuals who the Bible says were worthy of death.”

Related: Preachers are having a ‘Make America Straight Again’ event in Orlando & they’re praying for violence

He also said that he prays that Caitlyn Jenner will die, and, more recently, he spoke at an event to honor the Pulse shooter who killed 49 people in an LGBTQ club in Orlando.

He was previously banned from all 26 of the Schengen states, Botswana, Jamaica, Ireland, South Africa, the United Kingdom, and Canada.

And Australia brings his total to 33.

He said that he is now planning a trip to New Zealand instead.

“That is, if I don’t get banned from New Zealand,” he added. “So we’ll see what happens.”

Is there a link between autism & transgender or nonbinary people?