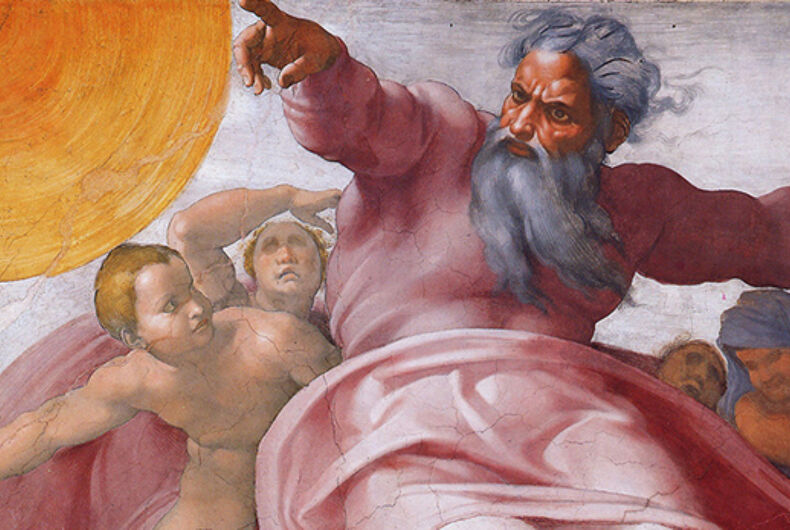 You may not have realized this, but God has a Twitter account (@TheTweetOfGod). It’s a satirical account (of course) with nearly six million followers whose foul-mouthed tweets largely mock Trump and conservative Christian hypocrisy.

God regularly tweets in support of LGBTQ people. But one recent pro-LGBTQ tweet got him suspended by Twitter… and God was not happy.

God’s tweet in question, issued January 2019, said, “If gay people are a mistake, they’re a mistake I’ve made hundreds of millions of times, which proves I’m incompetent and shouldn’t be relied upon for anything.”

Our support team has received your account and it appears we made an error. We’ve determined there was no violation and have restored your account to fill functionality.

We sincerely apologize for any inconvenience and appreciate you taking the time to submit your appeal to request to us.

It makes sense why Twitter might’ve pinged the tweet as their algorithms have accidentally banned LGBTQ users in the past.

But mere mortals can’t expect to just trifle with God’s Twitter account without some righteous anger, hellfire and retribution. So in response, God wrote:

Don’t try to make all kissy-kissy with Me now, Twitter. It’s too late.

You messed with the wrong Near Eastern Bronze Age sky-father-king projection.

By the time I’m done with you, MYSPACE will laugh at your relevance.

Yikes! At least God didn’t cast Twitter into a fiery lake for all damnation. The company might want to keep a lookout for a plague of locusts though.

This account doesn't mock God. This account IS God. I am the King of the Universe, the Alpha and the Omega, the First and the Last, the Beginning and the End, and just the shit in general.
And if you don't believe Me, you can go to hell.
Or Facebook.