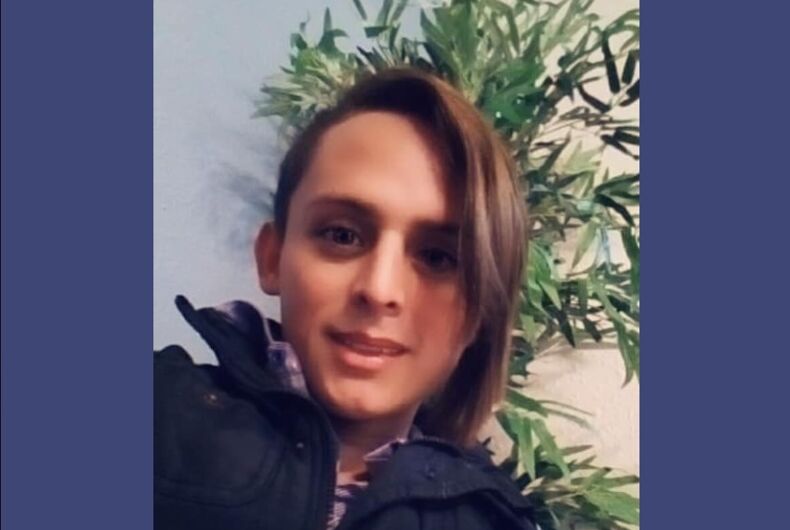 A transgender woman who came to the U.S. seeking asylum has died after Immigration and Customs Enforcement (ICE) held her in custody for six weeks.

Johana Medina Leon, 25, was came to the U.S. from El Salvador, waiting three months in Juarez, Mexico, before being allowed in the U.S. Friends told NBC News that she was seeking asylum to escape violence as a transgender woman.

Medina Leon was held in ICE custody since April and on May 18 she received a positive “credible fear” determination, meaning she could argue for release from detention.

Related: ICE refuses to release mandatory report on how a trans asylum seeker died in their custody

According to a Facebook post from Diversidad Sin Fronteras, Medina Leon started getting sick while in custody and was denied medication. She was taken to a hospital in late May when she became “extremely ill and unconscious.”

She was at the hospital for four days before she was pronounced dead this past Saturday.

She was being held in the Otero County Processing Center in New Mexico, which has come under fire earlier this year from the ACLU for inhumane conditions for LGBTQ asylum seekers.

The center was accused of putting LGBTQ people in solitary confinement, denying trans women medical care, and housing trans women with straight men. Guards were accused of offering to shower with trans woman, and a gay man said that he was forced to perform sexual favors in exchange for food.

A spokesperson for Otero, which is run by a private corporation, said that they were “not aware of any incidents at the facility.”

“This is yet another unfortunate example of an individual who illegally enters the United States with an untreated, unscreened medical condition,” a spokesperson for the ICE said of Medina Leon’s death.

Activists, though, dispute the claim that she entered the U.S. illegally.

“She didn’t violate a single law coming to the U.S. to ask for political asylum,” said Allegra Love of the Santa Fe Dreamers Project.

“The death of Johana Medina, a transgender woman of color and asylum seeker, just hours after being released from ICE custody, is yet another horrific and deeply disturbing development in the ongoing crisis of anti-LGBTQ actions by immigration authorities,” HRC’s David Stacy said in a statement.

“This follows the still-unexplained death of Roxsana Hernandez and numerous reports of mistreatment of LGBTQ migrants and asylum seekers while in custody of CBP and ICE. It is critical that every person be treated with safety, dignity, and respect by immigration authorities, and this latest tragedy demands greater transparency and accountability of these agencies.”