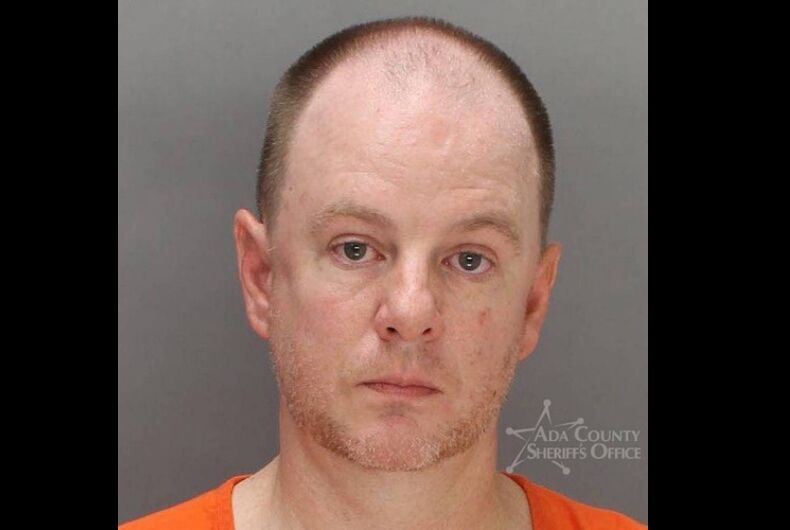 He was booked him into the Ada County Jail on a felony first-degree stalking charge. Parker and his wife are going through divorce proceedings and she has a restraining order against him until the split is formalized.

The criminal complaint cited by the Idaho Statesman says this apparently isn’t the first time Parker has allegedly pulled the same trick.

Related: Kentucky GOP chair arrested & punched after he exposed himself in a store bathroom

During his arraignment, the prosecutor told the judge police were called after a man was spotted peering into windows in the complex while fondling himself. His wife had previously reported to police that he was doing it, but he wasn’t caught red-handed then, as it were.

Parker’s lawyer said the whole thing was a “grand misunderstanding” and that his client was simply going to a costume party at the complex. He was peering into window and playing with himself to scare a completely different woman and not his estranged wife, the lawyer said. Police were never able to find the mystery woman he claimed he was actually stalking.

The former GOP state chair resigned earlier this year saying he “can focus on the priorities I place above all others,” his wife and child.