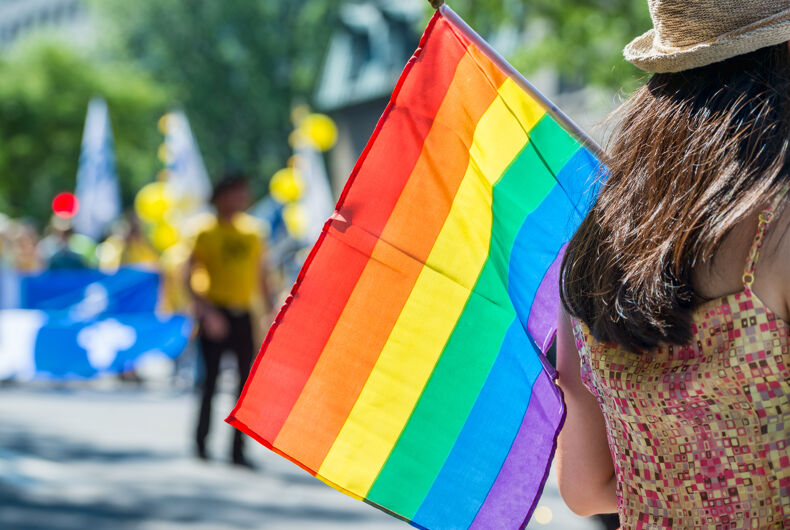 A spectator holds a rainbow flag at a 2015 Pride Parade.Photo: Shutterstock

The queer community in South Korea still faces legal discrimination. Laws and human rights surrounding the LGBTQ community are confusing, to say the least. Although same-sex relationships are legal, same-sex marriages are not recognized as a form of legal partnership.

Despite this, discrimination based on sexual orientation is prohibited under the National Human Rights Commission Act.

In 2010, the military court ruled that the laws in the Military Criminal Act were unconstitutional. The ruling, however, has been appealed, and is still awaiting a verdict nine years later.

In January 2018, LGBTQ activists stated they were going to suggest amendments to the South Korean Constitution, including the legalization of same-sex marriage. However, two-thirds of Parliament need to agree to the changes, and the new Constitution has failed to gain the majority vote.

The Pride parades are an annual reminder of the legal progress that still needs to happen. Korean political parties, like the Democratic Labor Party and the New Progressive Party, have members that take a progressive neutral stance on LGBTQ rights. With this being said, South Korean Pride has never had support from the government.

Due to the ongoing legal constraints for the South Korean LGBTQ community, there are very strict rules around pictures and video of the Pride parades. Photographers are required to blur the faces of participants before any media is published.

Participants now wear face masks or sunglasses to reduce the risk of being ‘outed’ in a picture or video.