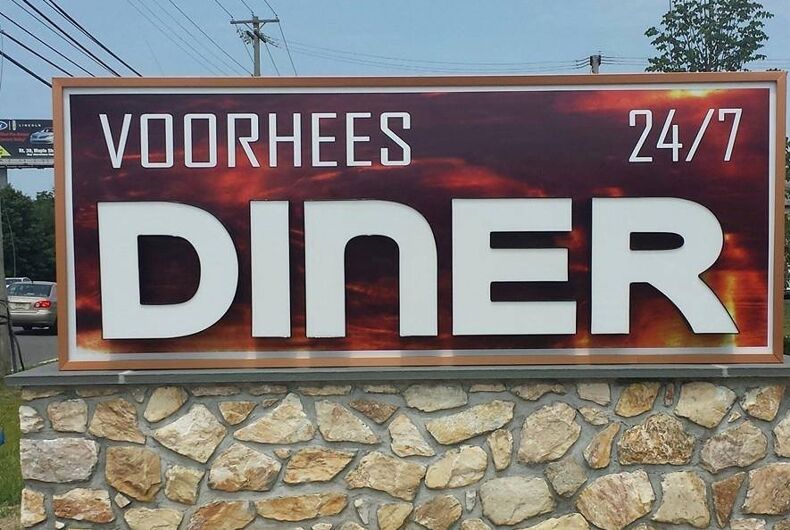 A gay server has settled his discrimination case against his former employer for $20,000 according to the New Jersey Attorney General’s Office.

Brian Peeke, who worked at Voorhees Diner, filed the claim after he says he was subject to ongoing homophobic abuse by fellow employees and management failed to stop it. After repeatedly being called anti-gay slurs, the attorney general’s Division of Civil Rights said “the situation at work was so unbearable, that he felt he had no choice but to resign.”

“In any workplace setting, people have a right to do the jobs they were hired to do without being subjected to verbal abuse, solicitations for sex, inappropriate touching, and other harassing conduct,” Attorney General Gurbir S. Grewal said in a press release.

“These cases should serve as a reminder to employers throughout the state that we take this issue seriously, and will hold accountable any employer who engages in, or tolerates, such harassment.”

According to the complaint, fellow employees “would continuously refer to complainant as ‘faggot,’ ‘stupid faggot’ and other derogatory remarks related to his sexual orientation.” Peeke said he complained to management, but they failed to act to stop the abuse.

Owner Mark Klein, however, said he did act on the complaint.

“I had a discussion with them,” Klein told the Courier Post. “I think it was one person who used to say it, and that person is no longer there.”

The employee harassing Peeke, however, wasn’t fired for his anti-gay conduct, but for an unrelated matter.