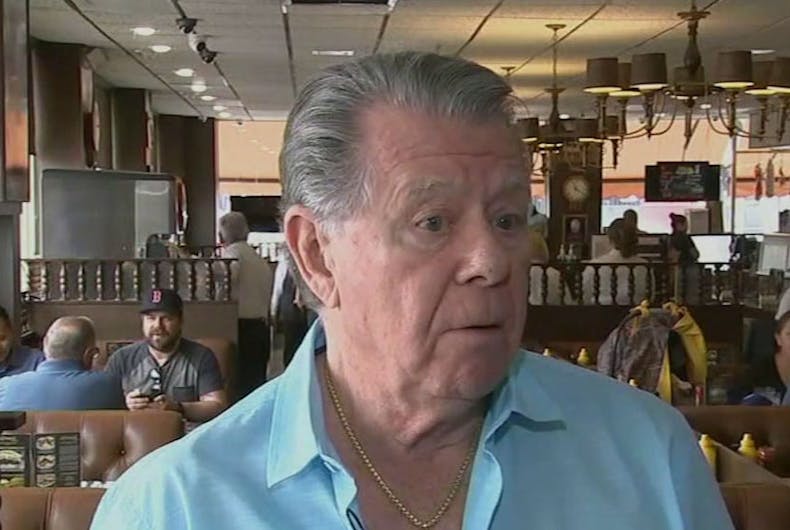 Langer’s Deli, a 72-year-old delicatessen in Los Angeles’ Westlake neighborhood, allegedly ejecting a lesbian couple earlier this month for kissing during the city’s Pride weekend celebration. The restaurant has since said that it forbids kissing of any sort, but the ejected lesbians think the restaurant targeted them for being a same-sex couple.

In a statement about the incident, lesbian customer Rachel Curry wrote:

“My date and I had finished eating and we shared a kiss in our booth. Suddenly a man with a walkie-talkie was standing at our table. He introduced himself as Norm Langer and told us that he ‘can’t have this in his restaurant because some of the customers don’t understand.”

“I told him I would never come there again, and that I lived in the neighborhood and I used to like that place. He told me I was being selfish and inconsiderate of how other people felt as he stood there with his walkie-talkie waiting for us to pay our bill and leave. I was in shock, this experience felt violent and wrong and was traumatic for both of us.”

Curry wrote that she wanted to “raise awareness that this space is unsafe for LGBTQ+ people in an effort to prevent future harm to others” and to encourage others not to support the business.

He told the Los Angeles Blade, “I wouldn’t have lasted [in business] if I was a bigot. Seriously, if I was anti-LGBT, it would have surfaced a long time ago. I mean, I’ve been working here since January of 1963. I wouldn’t have LGBT employees [who are] working for me now.”

Langer claims that the women’s public display of affection progressed over a 35-minute period from pecks on the cheek to “making out that ‘went beyond what I find acceptable for a family restaurant, especially in a public dining room, which is why I walked over to their booth.'”

“I have certain policies. I walked over to the table and introduced myself as the owner, told them I was glad they were here but ‘it’s not really a place to make out.’ Like I said on Facebook/Twitter, we’ve had a long-standing policy against ‘making out’—doesn’t matter if they’re straight or same-sex couples.”

“I have stopped heterosexual couples from making out, and I don’t care if, say, Prince Harry and Meghan Markle were making out, I’d stop them, too. The policy applies to everybody. It’s a family restaurant.”

Norm says that Curry and her unnamed date became combative when he approached them. But Curry says she still feels she and her date were targeted for being queer.

“It was perfectly clear to both of us that when he approached our table in an authoritative manner and told us that he ‘Can’t have this behavior in his restaurant’ because his ‘customers don’t understand’ — he was saying that his customers and/or himself did not want us being visibly queer in that space and that we weren’t welcome there because of it,” Curry said.