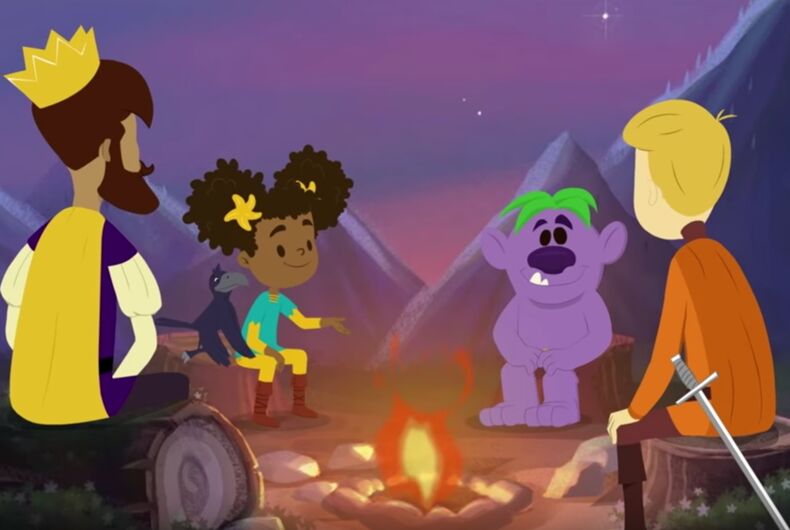 Hulu is releasing a cartoon about a girl and her gay dads. Hulu announced that five episodes of The Bravest Knight will be released on June 21.

The show is based on the book by Daniel Errico, which is about a pumpkin farmer who married a prince in a Medieval fantasy setting. In the cartoon, they have a 10-year-old daughter.

The show will feature the voices of T.R. Knight and, of course, Wilson Cruz, who is in everything gay.

Errico said that he wrote The Bravest Knight Who Ever Lived because of a lack of LGBTQ representation for children.

“Historically, kids’ media shies away from LGBT love, marriage and identity, which can cause an imbalance,” he said in 2015. “We are missing an opportunity to foster children’s natural ability to accept and understand themselves and others, and that can have serious consequences later on in life. I grew up with stories I could relate to that affected my sense of self in a positive way, and every child deserves the same chance.”

Their relationship has been a whirlwind. So was his death defying marriage proposal.