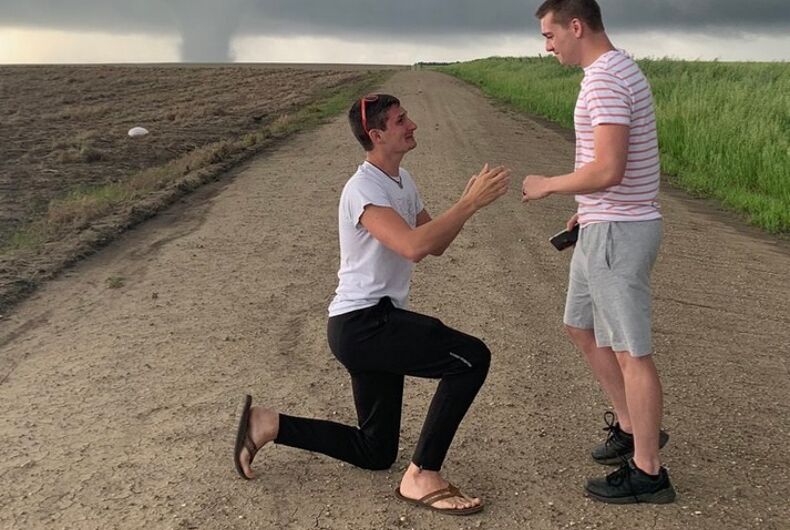 A storm chaser has shared an amazing photo of his proposal to his boyfriend that has gone viral.

Joey Krastel is a meteorologist and risk analyst for the Maryland Emergency Management Agency, and he has loved tornadoes ever since he saw one when he was four-years-old.

He likes to get close to storms, and that’s how he met his boyfriend Chris Scott. Scott said that his favorite movie as a child was Twister, which is about a storm-chasing straight couple.

“That’s why it was always in the back of my mind to get engaged during storm chasing,” Krastel told NBC News. “I felt like it would be this perfect way to seal the deal.”

On Tuesday, when the National Weather Service issued a tornado emergency near Kansas City, the couple and their friends set out to Salina, Kansas, to find a tornado.

“It all just kind of came together and happened so quickly. I was like, ‘OK, this is it,'” Krastel said.

The 2 loves of my life pic.twitter.com/Cv4eviechZ

He said that the tornado got even closer to them after the picture was taken, and the group went back to the car.

“I was just so emotional just because it was my happiest place, being with him next to the storms.”