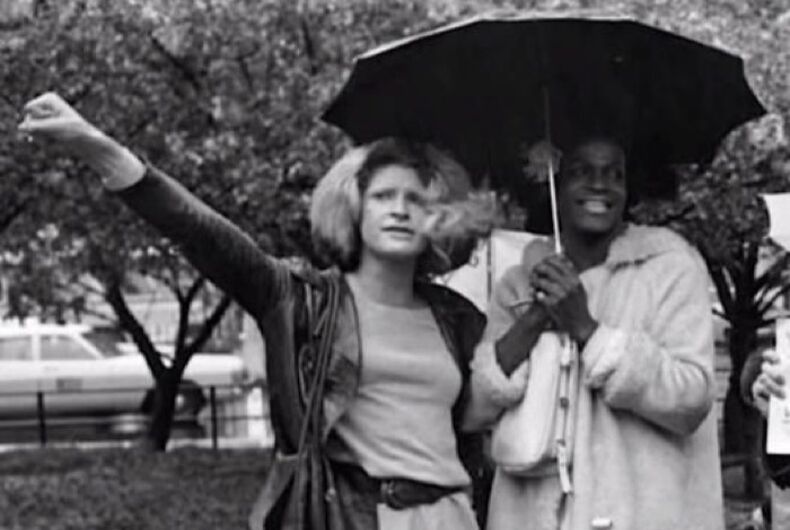 Pioneering transgender activists Marsha P. Johnson and Sylvia Rivera, key leaders in the Stonewall Riots that sparked the gay liberation movement and the modern fight for LGBTQ rights in the US, will be honored with a monument in New York City.

“For decades, the monuments in our public spaces have told a very limited story about the people, groups, and values that make New York City great,” said Cultural Affairs Commissioner Tom Finkelpearl. “Today, we take a big step toward addressing this problem.

“Marsha P. Johnson and Sylvia Rivera were once-in-a-generation trailblazers who fought against racism, sexism, and transphobia to show us the path toward a stronger, better, fairer, more inclusive society. This groundbreaking public artwork in their honor will tell people here and across the world who these inspiring women were and what they did for the city they called home.”

Johnson and Rivera founded STAR House, a housing and support organization for homeless LGBT youth and sex workers. They were also leaders in the Stonewall Riots and lifelong advocates for transgender and LGBTQ rights.

They’re particularly known for their work and advocacy for queer, homeless, and HIV positive youth – and particularly those of color who were marginalized by broader LGBTQ rights efforts.

Johnson died in 1992 under mysterious circumstances after drowning in the Hudson River; Rivera passed away in 2002 after a battle with liver cancer.

“When she died, part of me went with her,” Rivera told gay rights activist Randy Wicker in an interview after Johnson had died. “One of our pacts was that we would always cross the River Jordan together. And to me, this is the River Jordan: the Hudson River.”

They were lifelong friends and now the two courageous activists and icons will be immortalized together.

The statues of the transgender icons will be located near the Stonewall Inn in Ruth Wittenberg Triangle. It will be one of the first monuments in the world to honor trans people.

The city is expected to spend about $750,000 on the project as part of an initiative to diversify the city’s public art. The She Built NY committee solicited input from residents on who to honor and recommended the monument to Rivera and Johnson.

“Their fierce determination and commitment to coalition building have made New York City, the nation and world more just and fair,” the committee wrote.

Their relationship has been a whirlwind. So was his death defying marriage proposal.