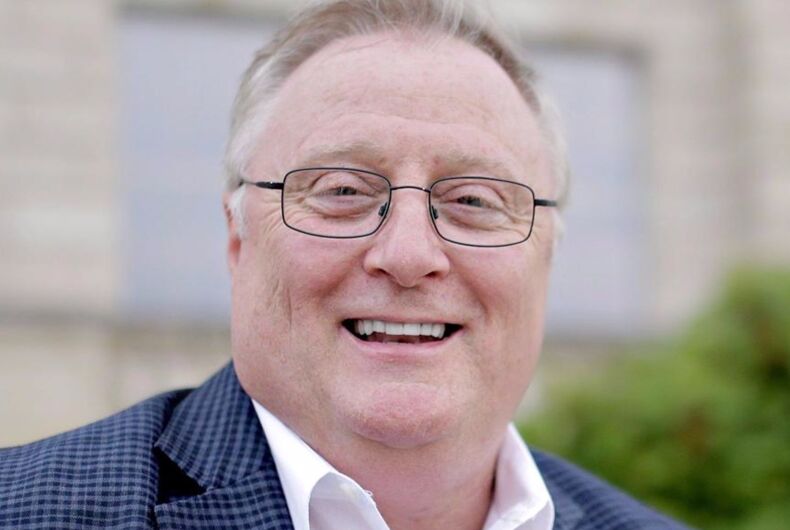 Georgia Insurance Commissioner Jim Beck has surrendered to the FBI amid charges of making off with over $2 million from insurers. Beck, in addition to his work for the state, has also served as head of the Georgia Christian Coalition for several years.

Beck was elected commissioner in 2018, having previously served as the Deputy Insurance Commissioner, and previously was the general manager of operations for the Georgia Underwriting Association

It was while at the GUA that Beck allegedly created several shell companies to produce fake invoices, redirecting money to himself through the Georgia Christian Coalition and Creative Consultants.

Related: Republicans are attempting to control women’s bodies to control their minds

He now faces a 38-count indictment for fraud and money laundering, and could, if convicted, face 8-10 years in jail.

This stands in opposition to Beck’s own statement when he assumed the presidency of the Georgia Christian Coalition.

“Protecting life and standing for biblical values in Georgia and across the nation has always been the Coalition’s central focus and this will continue to the be the main objective of the Georgia Christian Coalition under my leadership”, said Beck then.

Beck took over in 2006 after the ouster of their former leader, Sadie Fields from the national organization, the Christian Coalition of America.

The group was outspoken in battles over same-sex marriage in the early 2000s, pushing the notion that marriage equality would cause other forms of marriage to be legalized.

“If we fail to protect marriage, the floodgates will be opened to every other kind of relationship outside of traditional norms,” said then leader, Sadie Fields, in 2004. It was shortly after this that Field’s daughter, Tess Fields, struck back at her mother for her bigotry. Tess Fields is a lesbian.

At current, there is no statement on Beck from the Georgia Christian Coalition.