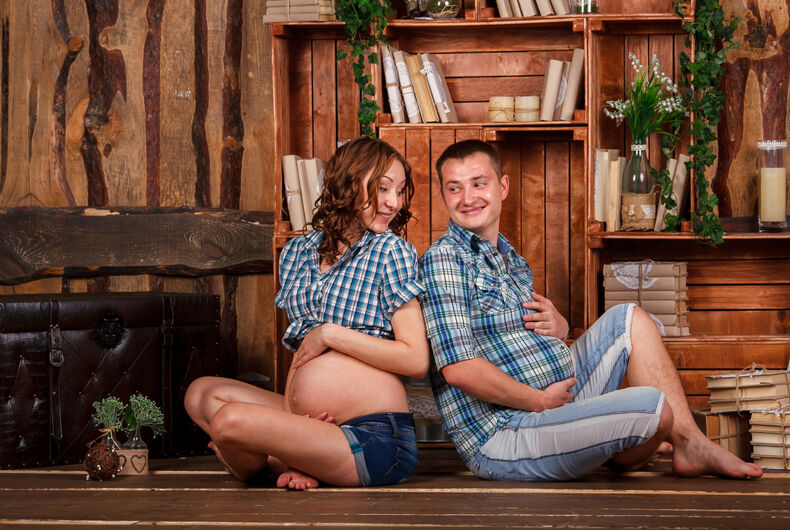 Laverne Cox said that trans men need to be included in the discussion of abortion bans at a commencement address.

The Orange is the New Black actress talked about how she was at first defensive when she was reminded to think about trans men’s reproductive rights, and how she came around to realize that she should be more inclusive.

Speaking at Pitzer College in California this weekend, Cox said that she, as an Alabama native, was upset by her home state passing an extreme ban on abortion earlier this month.

So she retweeted a simple message: “Woman’s body. Woman’s right to choose. End of story.”

Laverne you're really gonna erase our trans brothers' struggle in this fight by retweeting this? I admire you too much not to call that out. Trans people of all genders are oppressed by the realities and language of this fight, we need to stick together in solidarity.

She initially tried to justify her language.

“I said to myself: ‘Can we just have a moment where we keep this simple? There’s so much going on in the world right now and it is so complicated,'” she said. “People don’t want to be thinking about trans people, and particularly trans men, having babies.”

But then she thought, “What if I were a transgender man?”

“What if I were a transgender man… and for whatever reason I became pregnant unintentionally?” she asked. She described imagining being a transgender man and trying to get reproductive health care in a system set up for cisgender women.

“If I were that trans man, I would really want to have language that incorporated and included my experience,” she concluded.

“Thinking about this reminded me that language is also a place to struggle, but that this isn’t just about being politically correct,” she said. “This is not just about virtue signaling, that when we use language that excludes groups of people on pertinent issues, it can jeopardize our health and well-being. Language that that is appropriate in a fully inclusive way is a matter of life and death for so many people out there.”

Back on Twitter, Cox thanked the person who raised the issue.

Thank you for this. This discussion has brought up much for me that I am processing. https://t.co/1rxbllLS5f

He told guards another inmate threatened to rape him. So they put them in the same cell.