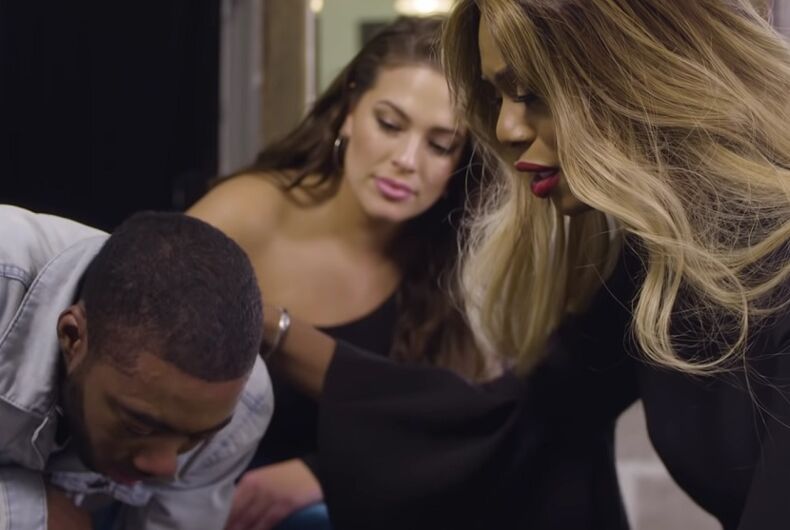 A recent installment of Ellen’s web series “Fearless” features a transgender man who had never met another trans person getting a big surprise.

Rickey from Kansas City, Missouri, explained that he doesn’t feel comfortable in his body and he’s hoping for top surgery to help him feel better in his body.

That’s when host Ashley Graham said that she had someone she wanted him to meet. She took him to a hallway and he saw actress Laverne Cox from a distance.

Rickey doubled over in excitement, crying. Try not to do the same.