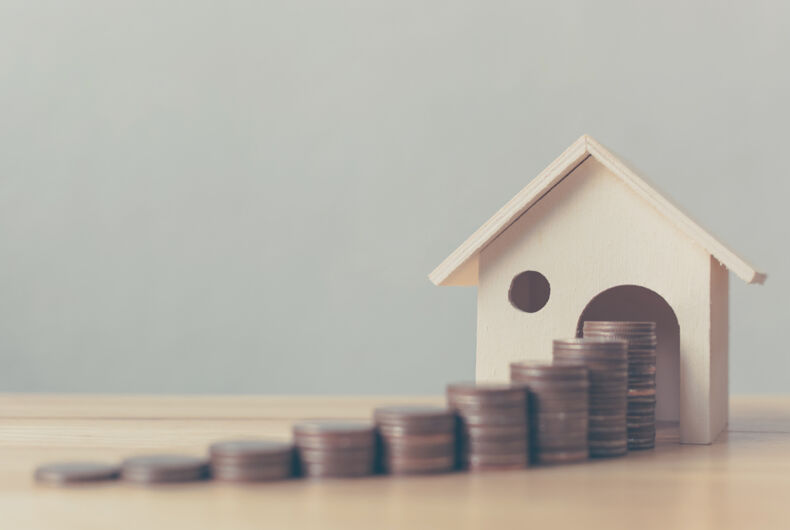 If you’ve found getting a mortgage to be a near-impossible task, there may be a reason: discrimination.

Researchers from Iowa State University’s Ivy College of Business have laid bare a painful but unsurprising truth: when they revealed that same-sex couples are 73% more likely to be denied a mortgage compared to their straight counterparts.

Even if you manage to secure a mortgage, you’ll likely find yourself paying more in fees. It may seem like a small amount — same-sex couples pay 0.2 percentage points more than straight couples — but that totals $8.6 million to $86 million nationwide in additional interest and fees. That’s even more shocking, given the study found no evidence that same-sex couples show a higher risk of default.

“Lenders can justify higher fees, if there is greater risk,” said Lei Gao, assistant professor of finance and co-author of the paper, in a news release. “We found nothing to indicate that’s the case. In fact, our findings weakly suggest same-sex borrowers may perform better.”

The study, published by the Proceedings of the National Academy of Sciences, was put together using national mortgage data from 1990 to 2015. While mortgage applicants are not required to list their sexual orientation on mortgage paperwork, researchers inferred a borrower’s orientation indirectly.

Their findings square with a report by the National Association of Gay and Lesbian Real Estate Professionals (NAGLREP), that showed that while 65% of Americans, on average, own a home, only 49% of LGBTQ people have done the same.

The same report found that a majority of LGBTQ renters fear discrimination during the home buying process — discrimination that the Ivy College of Business study may have now uncovered.

Researchers point to the need for protections for same-sex coupled under the Fair Housing and Equal Credit Opportunity acts. Both prohibit discrimination based on a borrower’s gender, marital status, race, or religion, but do not protect people based on sexual orientation or gender identity or expression.

A mortgage, for most, is the first step towards buying a home, but with an approval rate this much lower, plus higher fees, could price same-sex couples out of an already high-priced housing market.

One additional finding they uncovered: in neighborhoods where they were already more same-sex couples than straight ones, both groups experienced less favorable outcomes when attempting to secure funding. Both Sun and Gao suggest these findings merit further investigation.