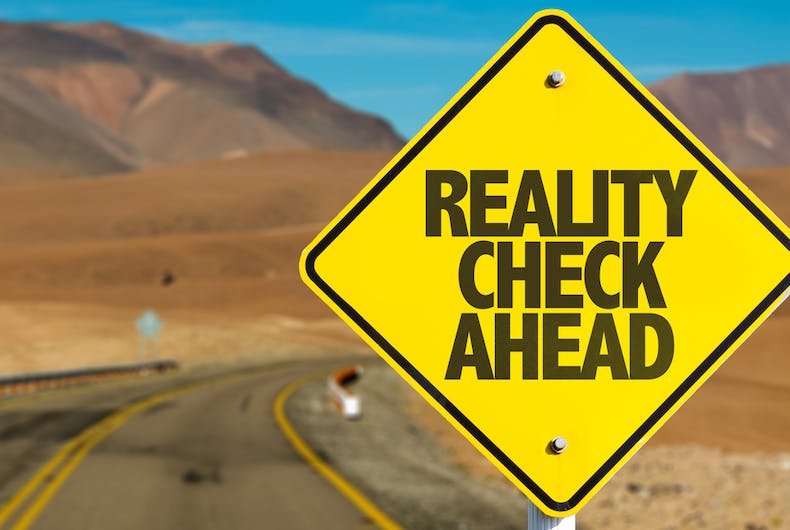 Christine Burns, MBE, is a long-time transgender activist. Her work within the organization Press for Change revolutionized transgender rights in the UK in the 1990s and beyond, and she worked hard on the creation of the Gender Recognition Act. Today, she serves as a health advisor.

The latter talents were on display as she took to Twitter to speak out about one of the many common myths on transgender bodies: the notion that transgender surgery leaves a “wound” that will heal itself and that requires constant care to prevent its eventual closure.

Twice in the last week I’ve read the assertion that trans women’s vaginas are ‘a wound’ which, without ‘lifelong attention’, the body will seek to ‘heal’. Speaking as an old trans woman who does nothing more than wash her bits to avoid being smelly, I’m here to say BUNKUM. /1

First, where did it come from? The first time I saw it written was in Germaine Greer’s book ‘The Whole Woman’, where she claimed it had been said to her by a clinician (thus setting it up as impeachable).

The early dilation regime is not to prevent ‘healing over’ but because the suture lines in any plastic surgery operation, where flaps of skin are sown together, have a tendency to shrink as they heal. Once they’ve healed, no more shrinkage, other than normal atrophy. /4

Occasionally I get the dilators out — about once a year — just to check things out. After all, I’ve been reading this urban myth for over 25 years and I’ve always been curious to know whether it had any substance. Reader, it doesn’t! /7

But that’s the extent of the ‘validity’. Gender reassignment by reference to Sharon, who put your studs in. /9

That channel which the surgeon dissects in order to accommodate a neovagina (made with your own flesh) is in a plane where a vagina was developing until a hormone told it to stop. Putting a division back there is no bodily affront. /11

So please challenge the mindless repetition of the ‘wound’ myth if you come across it. It’s designed to insinuate that trans women aren’t natural, even if you don’t realise that when repeating it. /Ends

Unlike common beliefs, surgeons do not cut off the penis during surgery on transgender women. It is, rather, changed to a slightly different form, with material from the penis and scrotum reused to line the vaginal canal and form a clitoris. Much of the material that was present is reused.

The area that makes up the vaginal canal, too, is already present. This is that space where a cisgender male’s testicles descend from. This is just one of many structures that men and women share, in slightly altered forms.

Surgery on transgender men can be a bit more complex, with a phallus created from tissue collected from other parts of the body to create a neo-phallus, a procedure known as phalloplasty, or surgery to free up the clitoris, known as a metoidioplasty. Many trans men with a phalloplasty may also use a stiffener to form an erection, and additional cosmetic procedures to form a scrotum are also not uncommon for those who opt for surgery.

For most trans women, the neo-vagina acts the same as the vagina of those born with one. There’s little difference after a couple years with a neo-vagina, with even the microbial bacteria present in either being fairly close in nature.

‘Gay of Thrones’ is coming back for the final season. So is some show about dragons.