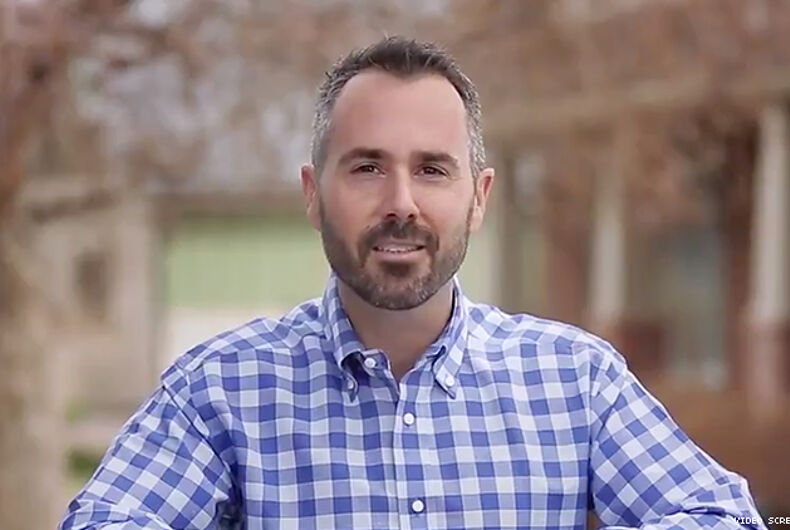 For all the progress that LGBTQ candidates have made over the past several years, one achievement has remained out of reach: sending an out gay person to the Senate. Last year, voters in Wisconsin re-elected out lesbian Tammy Baldwin, and Arizona elected out bisexual Kristen Sinema. But to date, an out gay man has yet to serve in the Senate (although there have been plenty in the closet).

That may change next year. Dan Baer, a former ambassador to the Organization for Security and Cooperation in Europe during the Obama administration, has thrown his hat into the ring for the Democratic nomination in Colorado.

At 42, Baer has the kind of resume you’d expect for a Senator: Besides serving as an ambassador, he was also an assistant secretary of state from 2009 to 2013 and most recently was Colorado’s executive director of higher education.

Colorado already broke the lavender ceiling last year when it elected Jared Polis as the nation’s first openly gay governor. The state’s willingness to embrace gay candidates is poetic justice, given Colorado’s history. In 1992, the state passed Amendment 2, which prohibited nondiscrimation protections for lesbian and gay people. The law was subsequently overturned by the Supreme Court, with Justice Anthony Kennedy writing the milestone majority opinion.

Baer vividly recalls what the passage of Amendment 2 felt like and how much things have changed.

The current Senator, Republican Cory Gardener, is considered the most vulnerable incumbent up for re-election next year. While Colorado is increasingly liberal, Gardener has been moving in the other direction. Despite positioning himself as a moderate in 2014, he’s been supporting Trump’s worst policies, including a vote supporting a national emergency at the border. That vote caused the Denver Post to rescind their endorsement.

To get to face Gardener, Baer will have to emerge victorious from a crowded Democratic field that includes some state officials with greater name recognition. Still, Baer says he felt the need to join the fray.

“A lot of us are kind of like, ‘Can I speak to the manager around here? This is not the America I recognize,’” says Baer. “But sooner or later we got to recognize the manager is us. It’s up to us to make the change we want to see.”

5 ways Easter is much more queer-inclusive than you realize