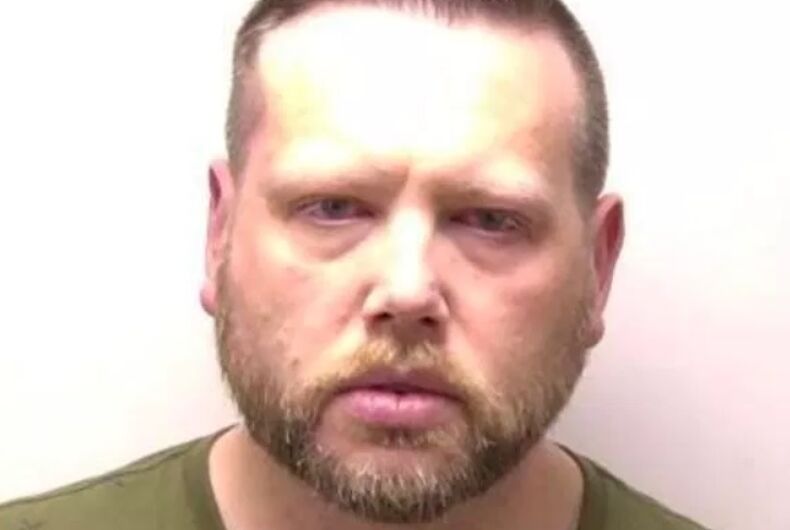 Police in Michigan are accusing a pastor of using drugs to lure two young men into his home and office and then sexually assaulted them.

Christopher Cox, 41, is the pastor of Long Lake Church in Traverse City. He was arraigned yesterday and told that he was being charged with two counts of first-degree criminal sexual assault and one drug trafficking count.

One of the victims, who is 19 and homeless, said that several weeks ago Cox was looking for a “drug buddy” and told the victim to come home with him for drugs and sex with women.

The victim said that he smoked meth with Cox and took CBD shots, and Cox gave him GHB. The probable cause statement says that he was incapacitated for several hours, during which Cox raped him repeatedly.

Related: 46% of bisexual women have been raped in their lifetime

The next morning, the victim said that Cox threatened to kill him if he told anyone.

The other victim, a 26-year-old who came forward after the first victim, said that Cox gave him meth in his office last October and that he felt drunk. When he was incapacitated, Cox allegedly raped him.

Cox stopped several hours later and said that he had to get home to his wife and child.

“Based on what I know, I would be surprised if there weren’t more victims,” said Grand Traverse County Prosecutor Noelle Moeggenberg.

The first victim had injuries consistent with rape. A search of Cox’s home turned up pipes, syringes, lighters, meth, GHB, and electronic devices that are still being examined.

The church is discussing whether to fire Cox.

“I can’t imagine that he’d come back,” church clerk Jerry Dennis told the Record-Eagle. “All we can do is to stay alive, find another [pastor] and hope that this makes us stronger.”

“This is not the Christopher Cox that I know. Christopher is one of the most talented, intelligent people I’ve known in my lifetime. For this side of him, I find it to be almost inconceivable.”

“This has just disrupted our whole life.”

Cox has pled not guilty to the charges and his lawyer said he denies the allegations.

“It’s very early in the investigation, I’ll assume there will be more detailed reports available soon,” the attorney said.