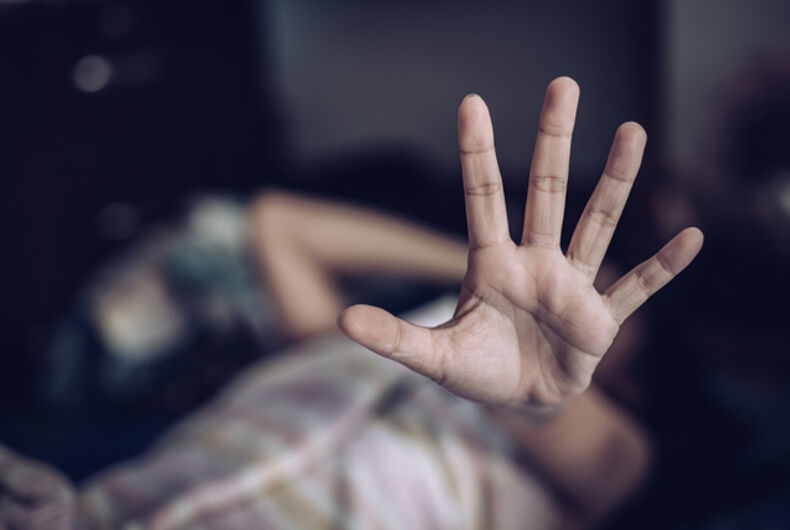 A new report from the United Nations on violence and discrimination based on sexual orientation and gender identity uncovered a disturbing fact: bisexual women are most at risk for sexual violence.

The report, presented at the 38th session of the United Nations Human Rights Council, found that LGBTQ people face a heightened risk of both physical and sexual violence.

The report also revealed that bisexual individuals are uniquely positioned, facing an increase in violence from their partners compared to lesbian and gay study subjects.

The report covers a lot more ground, including issues like “conversion therapy,” with 698,000 LGBTQ people declaring that they had to endure the archaic practice. Half of these people were adolescents at the time.

Conversion therapy often uses torture and other barbaric conditions in an attempt to cause a person to “become straight.” This usually leads to depression, suffering and even death.

The study also looked at transphobia, noting the intersectional nature of violence faced by transgender or gender non-conforming people.

“Trans and gender non-conforming persons, especially when they are persons of color, belong to ethnic minorities or are migrants, living with HIV, or sex workers, are particularly at risk of violence, including of killing, beatings, mutilation, rape, and other forms of abuse and maltreatment,” noted the report.

The report also indicated some 2,609 cases of murdered trans and gender non-conforming people in 71 countries between 2008 and 2017. It is suspected that the number is actually much higher due to a lack of accurate data.

The UN report recommends several things, from public educations focusing on bullying and sexual education, to ensuring that countries are not imposing a death penalty for consensual same sex relations.

The United Nations Human Rights Council is made up of representatives from 47 countries, seeking the promotion and protection of human rights worldwide.

The United States, however, withdrew from the Human Rights Council in June.

Watershed moment for LGBTQ Hollywood at the Emmys