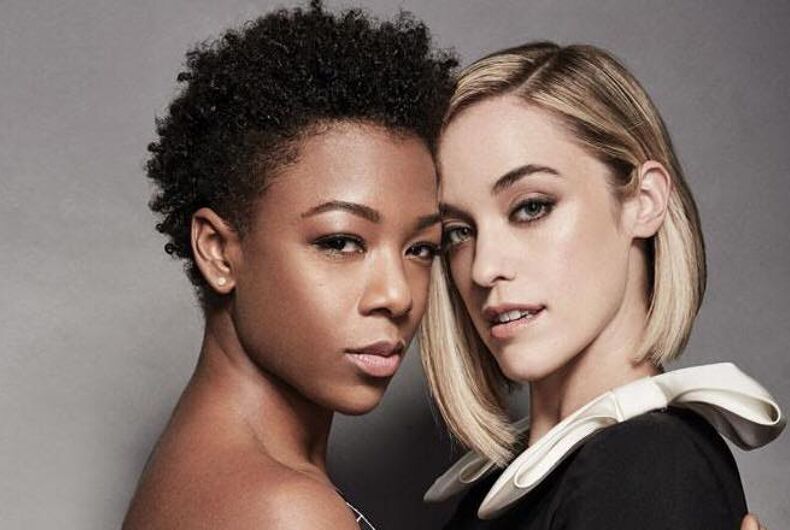 The Primetime Emmy nominations have been announced and everyone from Ricky Martin, RuPaul, Samira Wiley, Lily Tomlin, and Sandra Oh are reaping the benefits. The LGBTQ community is on fire this year in representation on the small screen – and we have the rundown.

“[The] list of Emmy nominees is a milestone moment for LGBTQ inclusion on television,” said GLAAD president and CEO Sarah Kate Ellis.

Ellis added, “With a surge of out actors and creators nominated alongside LGBTQ-inclusive scripted programming and LGBTQ-focused shows like Queer Eye and RuPaul’s Drag Race, the Television Academy is finally reflecting how audiences and critics embrace diverse LGBTQ images on television.”

Emmy voters are sending a direct message to audiences and change-makers in Hollywood with this year’s nominations.

“Emmy voters today sent a clear message of inclusion and acceptance which should be a signal for Hollywood to continue to tell powerful and impactful LGBTQ stories,” Kate Ellis added.

In addition to starring as a lesbian in Under the Tuscan Sun, Oh starred in one of the most inclusive drama series on ABC from 2004-2014. Grey’s Anatomy secured her five Emmy nominations, but all were for best actress in a supporting role.

This time, Oh is making history as the first actress of Asian descent to earn an Emmy nomination for lead actress in a drama series.

Lynch is being considered for best guest actress in a comedy series for Marvelous Mrs. Maisel. She is also up for best reality show host for Hollywood Game Night. Ellen DeGeneres is also up for the same category.

Rounding out the impressive list of out-nominations this year is Sarah Paulson. She is up for lead actress in a limited series for American Horror Story: Cult.

46% of bisexual women have been raped in their lifetime